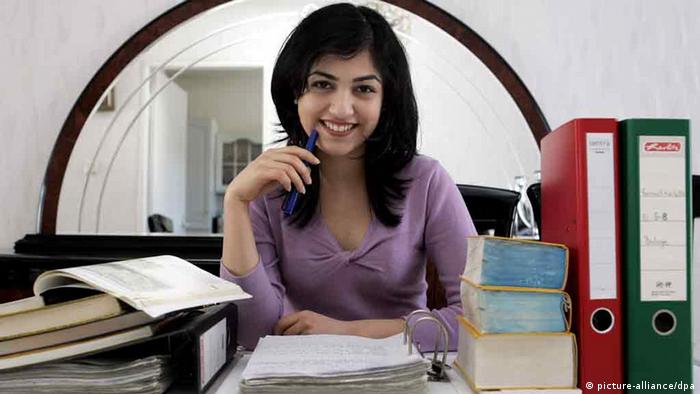 The draft legislation the Social Democrats premiered on Monday in Berlin would set the initial target for third-country (i.e. non-EU, non-refugee) immigrants seeking highly qualified jobs in Germany at 25,000. Candidates' attractiveness would be measured according to a system of points awarded for having a concrete job offer, possessing desired qualifications and being able to speak German.

Parliamentary leader Thomas Oppermann boasted that his party was the first to put forward comprehensive immigration legislation and said he hoped that the SPD and its senior coalition partners, the conservative Christian Democrats, could pass a law before German national elections next September.

Germany faces the demographic challenge of a rapidly aging society and must compete, particularly against English-speaking countries, to attract highly qualified migrants.

"We have to work at being attractive," Oppermann said. "For well-educated immigrants, Germany is by no means the most attractive country." 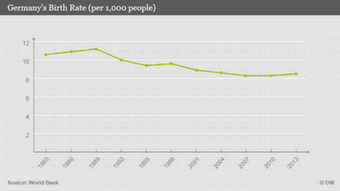 Oppermann pointed out that of some 14,000 work and resident permits issued in recent years to qualified third-country immigrants, only 5,900 had been taken up. That may be down to the often bewildering varieties of rules and regulations in a country that possesses more than 50 different types of residence permits.

"No one in Germany knows how the system works, let alone anyone outside the country," said SPD legal spokesman Burkhard Lischka.

The draft legislation is modeled on a points system in place in Canada, and in the first instance, the big winners look to be those third-country nationals who succeed in getting offers for work from Germany while still abroad.

Lischka said that those with concrete job offers from Germany would effectively jump to the top of the list of 25,000. That's in keeping with the Canadian model.

"Without a job offer, it's almost impossible to get selected in the system in Canada," Orkan Kösemen, an immigration expert at the Bertelsmann Foundation, told DW. "The bar is set very high; only few people succeed. If people have a job, they almost certain to be admitted, and if they don't, they're almost certain to be left outside." 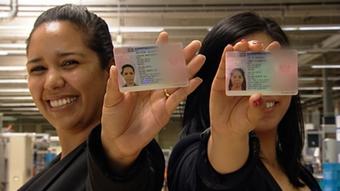 But the vast majority of the net 1.1 million immigrants to Germany in 2015, Kösemen points out, are either political refugees allowed in for humanitarian reasons or European Union citizens who enjoy freedom of movement throughout the bloc. The law would not apply to either group.

In 2012, Germany introduced the so-called "blue card," modeled on the American green card, that allows highly qualified third-country nationals with employment offers to settle in the Federal Republic. In fact, Germany issues far and away the largest number of blue cards in the EU. Kösemen says that to a degree the SPD legislation merely repackages existing opportunities for foreigners with needed expertise.

"The rules concerning people who want to immigrate to Germany to work have greatly opened up in the past ten years," Kösemen said. "The instruments are there, but the government didn't really beat the drum to draw attention to them. If you say you want more highly qualified immigrants than the people who apply for the blue card, you have to arrange your points system so that the hurdles are lower than is currently the case. I don't see that."

"The blue card is very good for the people concerned, but the demand isn't there, " Kösemen said. " It misses its target audience. The emigrants from the EU don't need it, and the people from non-EU countries usually prefer to immigrate to English-speaking countries. The opportunity is there, but too few people take advantage of it." 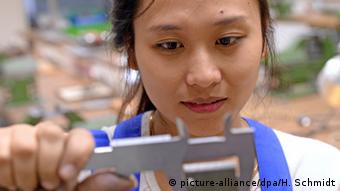 There is broad consensus in Germany that the country needs to attract more highly qualified immigrants, but the infrastructure isn't necessarily in place to achieve that aim. The Federal Office of Statistics, for instance, doesn't keep a separate tally for the number of third-country nationals immigrating for employment reasons.

Still, Kösemen thinks that the mere act of annually proposing a desired number of highly qualified immigrants is a step in the right direction for a country which has only recently become comfortable with the idea that immigration is a crucial element of German culture and German demographics.

"It would be good for the government to say: This number is our goal for attracting people," Kösemen argues. "It's the same in Canada where the government is transparent about the number of immigrants it wants every year."

Twenty-five thousand is a tiny figure compared to the net number of migrants Germany has received since the massive refugee influx started in 2014. Kösemen thinks that if the waves of refugees relent, political parties will push to admit more highly qualified third-country immigrants. But he says there are limits to what the SPD proposal - or any legislation - can accomplish.

"This is a forward-looking initiative that's probably aimed at the time after the refugee crisis is over, and that's very welcome," Kösemen told DW. "But it's not the case that Germany will be able to steer immigration the way Canada does. That's impossible."

Conservative politician Theo Francken joked that bailiffs have taken away his possessions​. He owes the government 30,000 euros for failing to appear at a tribunal over his refusal to give visas to a family in Aleppo. (02.11.2016)

How Israeli artists are finding themselves in Berlin

Despite enduring memories of the Holocaust and fears of a brain drain, Israeli artists continue to move to Berlin. Events like the ID Festival reveal how the city helps them forge identities in an unlikely place. (21.10.2016)