Samsung has released the findings of an extensive investigation into why its flagship device was suddenly catching fire. The world's leading smartphone maker said battery design and manufacture were to blame. 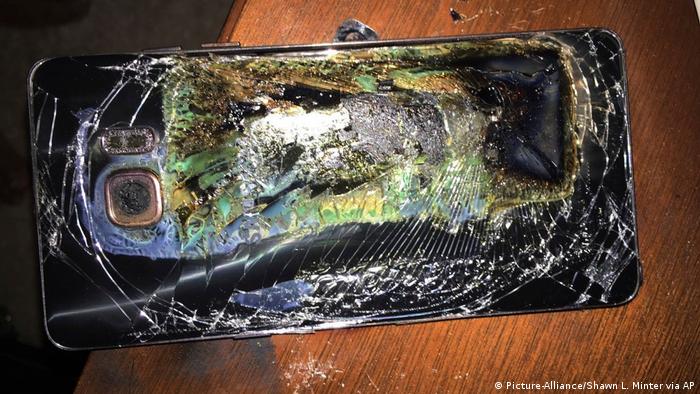 Korean electronics giant Samsung announced on Monday the results of a massive investigation into why a number of its Galaxy Note 7 smartphones had suddenly overheated and burst into flames. The report blamed flaws in both the design and manufacture of the device's batteries for the dangerous malfunction.

The fiasco began after reports surfaced in the late summer that the company's new flagship smartphone was spontaneously catching fire. An initial recall in September saw Samsung taking 2.5 million devices out of circulation. The firm then placed the blame on the phone's lithium batteries, and re-released the Galaxy Note 7 later in September. However, the issue had not been resolved and the company was forced to discontinue the model in October.

The world's largest smartphone maker said it was "taking responsibility for our failure to ultimately identify and verify the issues arising out of the battery design and manufacturing process."

Samsung has received hefty criticism for its botched re-release of the phone after what was apparently an incomplete initial investigation into the source of the fault.

A Seoul court has rejected a request to issue an arrest warrant for Samsung head Lee Jae-yong. The heir to the country's largest conglomerate has been ensnared in a widening corruption scandal involving the president. (19.01.2017)

Samsung Electronics has estimated its operating profit surged by almost 50 percent in the final quarter of 2016. Analysts called it an astonishing achievement, given the company's trouble with its Galaxy Note 7. (06.01.2017)