Officials in New Zealand have said the countries that decide the fate of Antarctica have agreed to create a huge marine sanctuary. An area twice the size of Texas will become the world's largest marine-protected area.

New Zealand Foreign Minister Murray McCully said on Friday that the 24 countries and the European Union, which have been meeting in Australia this week, have agreed to a proposal from the US and New Zealand to protect the area covering 1.6 million square kilometers (0.62 million square miles) in the Ross Sea. Three-quarters of the reserve is to be a no-fishing zone.

The US and New Zealand have been pushing for the reserve for years but had been prevented from reaching a consensus by opposition from Russia. China offered its support last year.

The agreement was sealed by the Conservation of Antarctic Marine Living Resources (CCAMLR) at its annual meeting in Hobart after years of negotiations. The Convention was opened for signature on 1 August 1980 and came into force two years later. 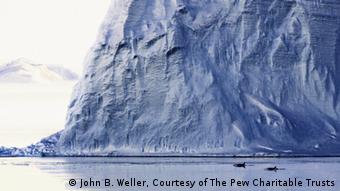 "For the first time, countries have put aside their differences to protect a large area of the Southern Ocean and international waters," said Mike Walker, project director of the Antarctic Ocean Alliance.

The Ross Sea is one of the last intact marine ecosystems in the world and is home to penguins, seals, Antarctic toothfish, and whales.

Australia has announced plans to close its permanent research base at Macquarie Island after almost 70 years. Officials said concerns about aging infrastructure and environmental contamination were behind the decision. (13.09.2016)