The German magazine Focus says Britain has threatened to cease cooperation with Germany's BND intelligence service. The BND in turn has been accused by a Berlin inquiry panel of withholding documents. 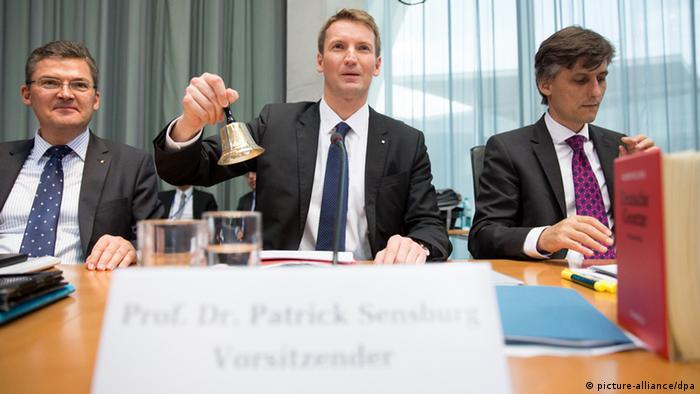 German parliamentarians probing American NSA surveillance complained across party lines on Thursday that they could not examine spy agencies' links because Germany's own BND was refusing to provide relevant documents.

The panel was set up in March last year by Germany's parliament to assess the extent of telephone and internet spying by America's National Security Agency and its partners on German citizens and politicians, and to establish whether German intelligence had assisted.

So far the inquiry has focused little of reported bulk tapping by Britain's GCHQ of internet cable content from Europe to the United States and suspected GCHQ links with the BND. 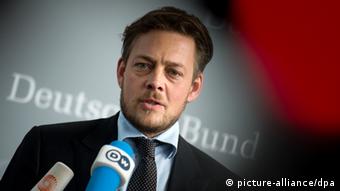 Two opposition Greens panel members claimed on Thursday that the British non-cooperation warning had even been leaked to Focus to put pressure on the parliamentary committee.

"It was supposed to impress us and restrain us in our investigative work," said Greens party member Konstantin von Notz. "We cannot tolerate this."

Veteran Greens parliamentarian Hans-Christian Ströbele accused Merkel's own chancellery of wanting to construct a threat scenario to intimidate the committee.

Conservative parliamentarian Roderich Kiesewetter said it was understandable that the German government wanted to withhold certain files to safeguard cooperation with agencies of other nations.

Opposition Left party member Martina Renner said during its hearings over 10 months the panel has repeatedly run into barriers.

"It has been stonewalled, again and again" Renner said.

She said one of two BND employees called to testify on Thursday and identified only as J.F. had told the committee that he could not comment on a project called "Glotaic," reputedly on cooperation between the BND and the CIA.

The German news magazine Spiegel reported in December on cooperation between the BND and the CIA - parallel to cooperation with the NSA.

Earlier this week, von Notz referred to an online article of the newspaper Die Zeit which claimed that daily the BND logged and forwarded 220 million sets of so-called metadata from telephone calls and SMS messages to the NSA and CIA.

"If [such] a gigantic data repository was located on German territory it would be a open breach of law," von Notz said.

His remarks coincided with a White House announcement that it had tightened rules on how the CIA, FBI and other agencies used communications of foreigners collected by the NSA. 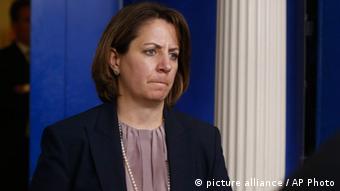 US must have the spying resources, says Monaco

Tuesday's US announcement made clear, however, that the bulk collection would continue.

"We must ensure that our Intelligence Community has the resources and authorities necessary for the United States to advance its national security and foreign policy interests and to protect its citizens and the citizens of its allies and partners from harm," said White House counter terrorism adviser Lisa Monaco.

Exactly one year ago it was revealed that the NSA had tapped the German chancellor’s cellphone. The government is now finally starting to address the spying issue - but Marcel Fürstenau believes more should be done. (23.10.2014)