Anas Modamani attracted a lot of attention in Germany when he managed to take a selfie with Angela Merkel a few months ago. Now the photo is being circulated again, this time by trolls who say he's a Brussels bomber. 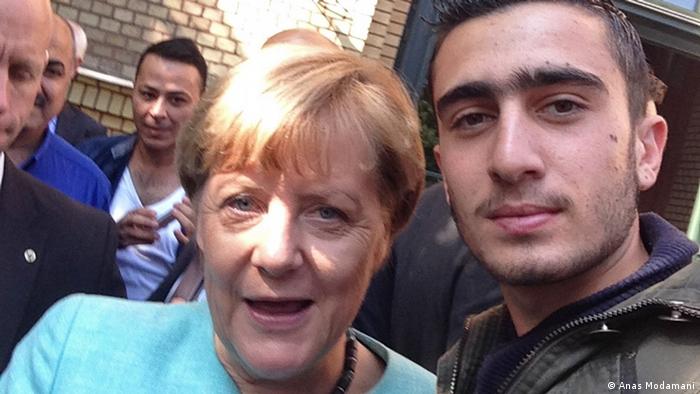 Some users pointed out a "striking likeness" between the two men, while others stated outright that German Chancellor Angela Merkel had "taken a selfie with one of the Brussels suicide bombers" and that the photo showed a terrorist "posing as a refugee."

Hacktivist group Anonymous also shared a post about the selfie on its German Facebook site, which has almost 2 million followers.

For Modamani, the situation would be laughable if it wasn't so disturbing. Najim Laachraoui was identified as the second suicide bomber who blew himself up at Brussels airport on Tuesday. Police say the Belgian citizen's DNA was also found on a suicide vest used in the Paris attacks last November.

Modamani told DW over the phone he was saddened by how the photo was being used online. The 19-year-old Syrian fled bombing in Damascus and arrived in Germany in September 2015. Since the beginning of the year he's been living with a German foster family in Berlin, where he also goes to German language classes. 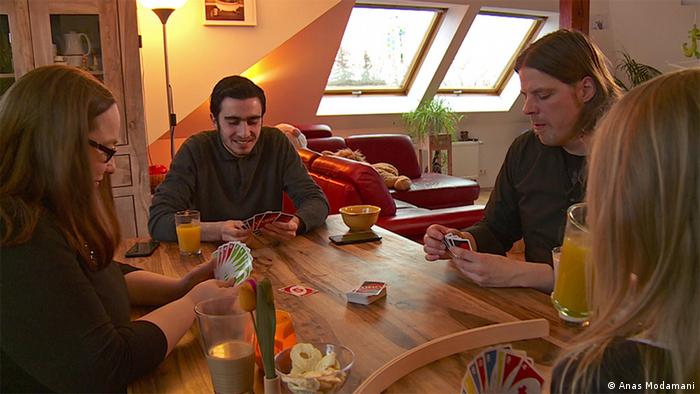 Modamani's friend, Liang Cheng, who was with him on the line, said the posts doing their rounds on social media comparing Modamani to a terrorist were unbelievable, "lies with absolutely no basis."

"He lives in Berlin with his German family, he goes to school everyday, it's not even possible for him to go to Brussels!" Cheng said. "Unfortunately, these lies on the internet spread very quickly, but there's no truth to them."

He said Modamani hopes to bring his family to Germany in the future, and at first had worried that police and others in Germany might actually believe there's something to the rumors on social media.

For more, DW has put together this gallery about Anas Modamani and his journey to Germany: