The Greek government has delivered at the last minute. Just ahead of the EU migration summit in Brussels on Thursday, the government has unveiled its new reception centers intended to stem the refugee flow. 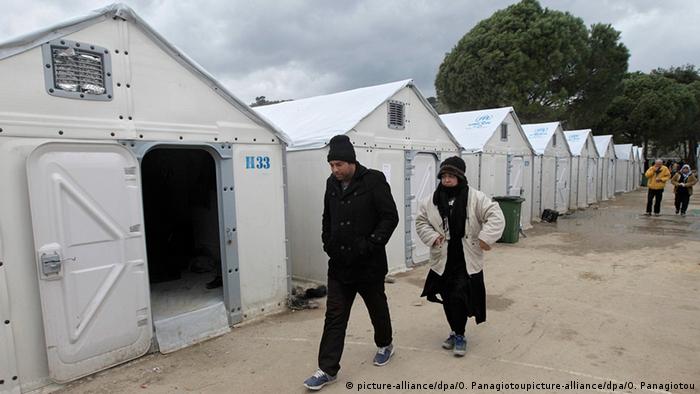 "We're proud that in just ten days, the army has been able to improve the government's ability to take in refugees to be registered," said Greek Defense Minister Panos Kammenos, speaking from the newly-finished Schisto transit camp in a suburb of Athens. The camp, on a former army base, includes old barracks and an array of quickly-raised white tents.

It sets the stage for an appearance that the minister clearly enjoys: surrounded by his officers, the minister can present himself as a savior of the Fatherland before the eyes of the press. The soldiers were able to quickly accomplish something that the Greek government has long avoided doing: establishing a so-called "hotspot" or registration center on each of the four islands near the coast of Turkey and one or two transit camps for up to 8,000 people. Kammenos inspected it all from a helicopter flight over the area. 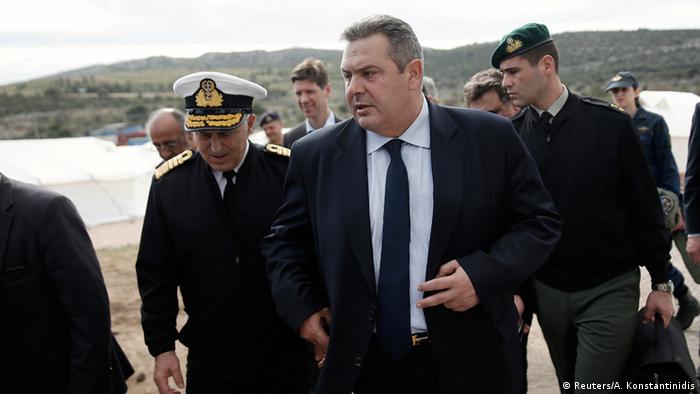 Pannos Kammenos: We are doing our best to stop the flow of refugees

Stopping the refugee flow with the help of NATO

"Historic" is the word that the Greek defense minister used to describe the unity with which NATO has worked in the last few weeks. The organization sent ships out to the Aegean to track the movements of smuggler's boats between the Turkish coast and Greek islands and register them with the coast guards of both countries. It's a cooperation borne because of old enmities - Greece and Turkey refuse to work together for historical reasons so the communication has been routed through NATO partners.

The agreement should serve as a message: Europe cannot continue to take in this stream of refugees. "We are doing our best to stop the flow of refugees," said Kammenos. He even goes as far as to hope that this new transit camp in Schisto will no longer be full, especially since Turkey has promised to take in those refugees that are rescued from their coast. Still, the number of newly registered refugees to arrive in January in Greece alone was around 37,000. 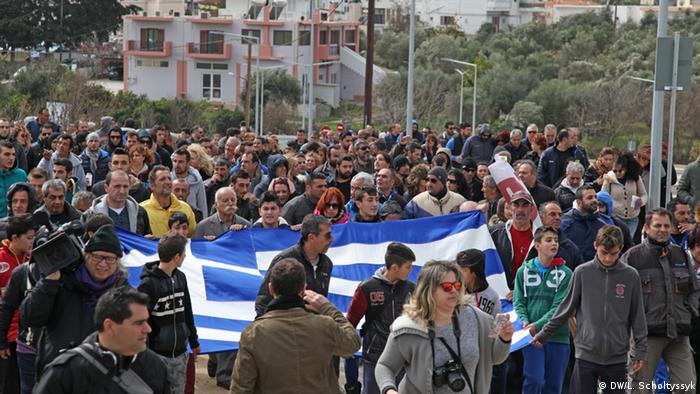 The bottleneck: The Macedonian border

Eleonas, a transit camp near the heart of Athens, is already filled with the refugees who remain stuck in Greece and are no longer legally able to use the Balkans route to trek north. Amir from Iran had to take an enforced break; he cites religious reasons for his flight from the regime in Tehran. It doesn't matter where he ends up - Norway, Sweden, Belgium - he just wants to go somewhere that he can finish his studies in IT.

"We're the kinds of people that Europe could really use," he says. In Greece he won't be able to find any work and so Amir will try to carry on his journey illegally. "I know that the borders are closed, that only Syrians, Iraqis and Afghans are allowed through."

Ibrahim from the Gaza Strip is sitting two containers down, his friend stands in the doorway. When he realized that the borders were suddenly closing to him in December, he panicked. "I couldn't think clearly." But then he found out that he had the chance to apply for asylum in Greece. "They accept Palestinians here because they've still got a good relationship." He dreams of one day sending for his wife and kids and together they can start a new life in Athens. Ibrahim studied bookkeeping and considers himself a talented hair stylist. "If nothing else, I can cut hair until I can continue my studies." A return to Gaza is out of the question for him. "It's intolerable there, this fight between the fractions, the never-ending crisis."

Stranded along with Ibrahim and Amir are hundreds of Pakistani families, war refugees fleeing Yemen, Malians and Eritreans as well as economic migrants from Algeria and Morocco. A few of them are camping throughout this mild winter in the middle of the city. Some have no plans for how things can continue. 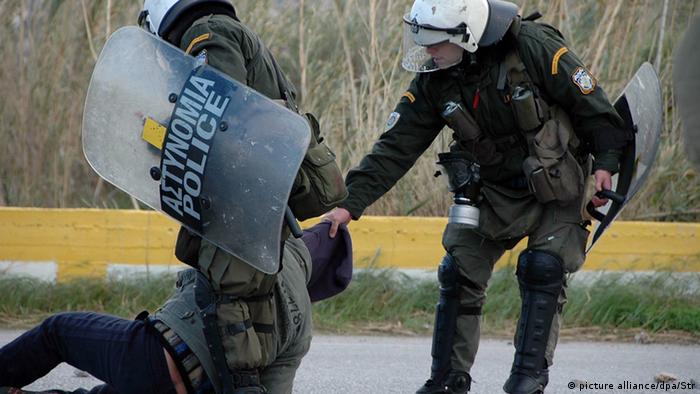 Riot police clashed with protesters in Pylio, where Greek authorities are setting up a refugee hot spot

"We have too many refugees and migrants without papers in the city and that's a huge problem," said Jorgo Kaminis, mayor of Athens. "We never thought that the EU would behave this way." Especially unexpected was the behavior of the Eastern European states, who themselves were the recipients of such solidarity from the EU and who now have closed their borders and shifted the weight of the problem onto Greece's shoulders.

"We were late in the game with a few things," Kaminis admits. But now the Greeks will move very quickly to register the refugees and take them in longer-term.

The city of Athens especially has been put in a difficult position due to EU politics. "With many refugees, a return home is difficult since their homelands will not accept them. Yet because of the economic crisis these people will be unable to find any work themselves."

Athens and Greece really do need European solidarity in this respect. But Kaminis knows all too well that he'll be waiting in vain for that.

Four of Greece's five new migrant registration centers are "ready to function and welcome refugees," the Greek defense minister has said. Pressure on Greece to control the massive influx of migrants to Europe is growing. (16.02.2016)

Kos mayor Yiorgos Kyritsis has warned that protests may turn deadly over the building of a migrant registration center on the island. The EU has demanded Greece build a migrant 'hotspot' to deal with the refugee influx. (08.02.2016)