Cristiano Ronaldo tops off stellar year for club and country with the award for best player in the world. The Portuguese finished ahead of Lionel Messi and France star Antoine Griezmann. 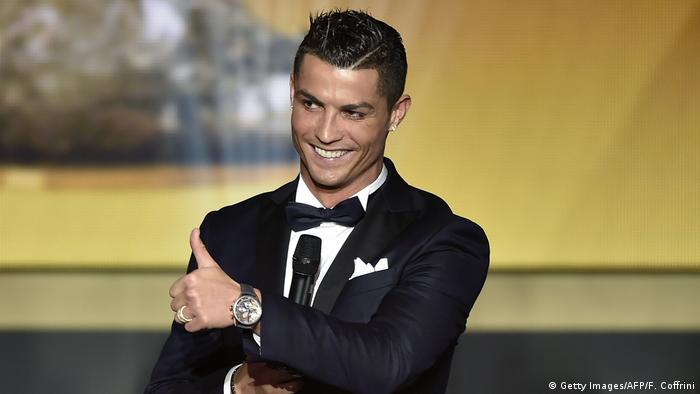 Real Madrid and Portugal forward Cristiano Ronaldo has won the Ballon d'Or for a fourth time, rounding off a year that saw him win the Champions League and European Championship.

Ronaldo, who has scored 48 goals in 52 appearances in 2016, has now claimed the award in three of the last four years and is only one award behind his great rival Lionel Messi, who has won the award a record five times.

Ronaldo, 31, earned 745 points in the pointing, giving him a convincing victory over Messi, who finished second, and Antoine Griezmann, who came third after his impressive displays for France and Champions League finalists Atletico Madrid.

"It is a great honour to receive my fourth golden ball,” Ronaldo said as he received the award at the Bernabeu.

“The emotion is like the first one. It’s the dream come true again. I never thought in my mind to win the golden ball four times. I’m so pleased and happy.

“I have the opportunity to thank all my team mates, the national team, Real Madrid, all the people and players who helped me to win this individual award. So as you can imagine I feel so proud and happy to receive this amazing and beautiful ball.”

The award was previously associated with FIFA, but France Football have taken back sole control of the prize, which was first awarded to England and Blackpool's Stanley Matthews in 1956.