50 years ago, China's leader Mao Zedong launched a socio-political movement that became known as the Cultural Revolution. DW examines the movement and its impact on Chinese politics and society. 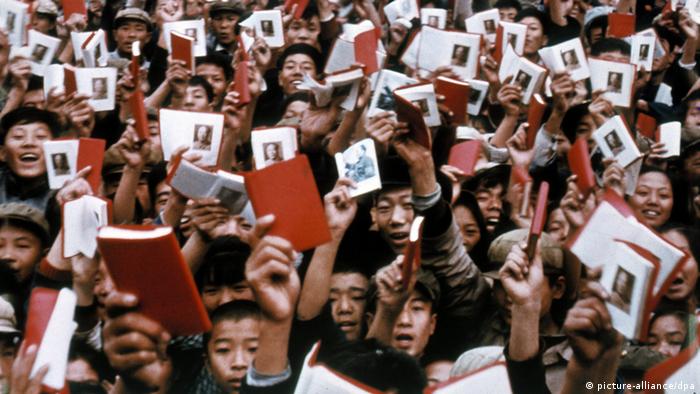 The Cultural Revolution was a socio-political campaign launched in 1966 by Mao Zedong, the then-chairman of the Communist Party of China (CPC), to create a "new person." According to the Sinologist Oskar Weggel, this "new person" was supposed to be a "selfless communal being in a society free of domination, which had always wandered like a ghost through human utopias." To attain the goal, Mao called for the destruction of the "Four Olds" - old ideas, culture, customs and habits. Mao Zedong's ideas were supposed to replace them.

Mao also called for the neutralization of "counter-revolutionaries" and revisionist elements in the party, embodied by his rival Liu Shaoqi, who had replaced him as president of the People's Republic of China just a few years earlier. So the Cultural Revolution was a power struggle within the CPC's leadership.

Economically, Liu was more inclined toward market forces (like Deng Xiaoping later) while politically he favored discipline in the party. For Mao, however, incentives to wealth were anathema. 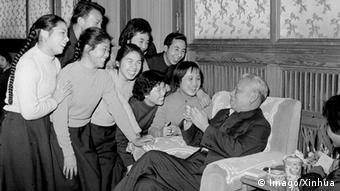 President Liu Shaoqi with students, shortly before he was unseated by Mao during the Cultural Revolution

To what extent did the Cultural Revolution have anything to do with culture?

At the beginning of the 1960s, Mao lost a considerable amount of power and left Beijing, the center of political power in the country, for Shanghai to consolidate his influence. He was not able to launch a direct attack on the Central Committee, which was dominated by Liu Shaoqi and his allies, so he struck at it indirectly with the aid of farmers, workers, students and high-school students. Mao's "Great Leap Forward" (1958 - 1961) had led to radical reforms of the agricultural and industrial sectors with catastrophic consequences and millions of deaths. Therefore, the attack had to take place through culture, especially literature and the newspapers.

After Mao and his allies had published preparatory propaganda, the decisive blow against the Liu faction came at the Politburo's "expanded session" of May 1966. Mao was able to exclude a large part of Liu's supporters from the inner circle of power. He then launched a campaign against "Revisionists" in the party, the government, the army and the cultural sector. Chairman Mao had managed to remove his political rivals by August 1966 and was able to return to Beijing.

How did the Cultural Revolution unfold?

The Cultural Revolution lasted from 1966 to 1976. It began with the uprising of high-school students and university students who formed paramilitary groups called the "Red Guards" to campaign against the "Four Olds." Teachers and lecturers were forced to confess their "crimes." Their apartments, as well as temples and libraries were ransacked. Those accused of revisionism were executed. Soon, workers and large parts of the urban population joined in the revolution. This time, the target was local party functionaries.

China descended into chaos. Half of the Politburo and the Central Committee lost their jobs as well as 50 percent of the party secretaries. The governmental system collapsed. There were bloody battles among the Red Guard factions which each thought it was following the only true doctrine.

Since the Cultural Revolution had gone out of control, Mao activated the People's Army, which was led by his ally Lin Biao. As a state within a state, the army had remained relatively intact. It took control of most of the country by 1968. The Red Guards who refused to comply were sent to the country for reeducation or executed. The people's rule that had been sought was replaced by military rule.

In 1969, the restoration of the party apparatus began. But the army under Lin Biao was unwilling to give up its status. Lin Biao allegedly planned to assassinate Mao as part of the now notorious "Project 571" but the plot failed. In 1971, Lin Biao died in a plane crash over Mongolia in as yet unclear circumstances.

Even after party rule had been reinstated, relative calm didn't return to China until 1976. The so-called "Gang of Four," which included Mao's wife, tried to assert themselves against the new strongmen like Deng Xiaoping and implement a radical line. But their efforts failed irrevocably following Mao's death in September 1976. And thereafter the chaos of the Cultural Revolution came to an end. 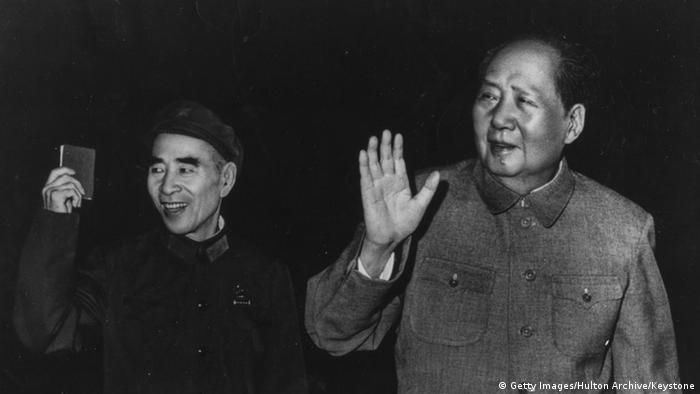 The Little Red Book or the Mao "bible" was actually called "Quotations from Chairman Mao Zedong." Lin Biao had compiled the texts, speeches and quotations by Mao during the "Great Leap Forward." Every revolutionary always had to have a copy with him/her. The Red Guards greeted each other with quotations from the book. A billion Mao bibles were published.

Why did the Cultural Revolution fail?

From the beginning, there was a contradiction inherent in the Cultural Revolution that could not be resolved. Mao wanted to be the top revolutionary, tearing down all hierarchies, but he also wanted to maintain total control. When this contradiction also became visible in the fights between the various Red Guard factions, Mao brought in the army to restore order. The dream of a "new person" was buried. Instead, political power that "grows out of the barrel of a gun" took hold. A new Leninist party of cadres with hierarchy and bureaucracy emerged. After his death, many of Mao's opponents regained power, including Deng Xiaoping who led China into a new era with his economic reforms.

What were the consequences of the Cultural Revolution?

Today, between 1.4 and 1.6 million people are estimated to have been killed during the Cultural Revolution - most of them during the People's Army's "cleansing" campaigns which spared no violence to restore order.

The introduction of a rudimentary health system in rural areas and school reforms for workers and farmers were some of the few positive outcomes.

How is the Cultural Revolution perceived officially today in China?

In 1981, the Gang of Four was tried on Deng Xiaoping's orders in a show trial and the Cultural Revolution was proclaimed a "great catastrophe for the party and people." The official party line today is that Mao was "70 percent right and 30 percent wrong." China has long put his idea of permanent revolution behind. The party is strictly hierarchical today and holds a monopoly on power.