Jawad Bendaoud had argued that he had no knowledge of the attackers' plans, which killed 130 individuals. He will walk free after a court found that there was insufficient evidence to convict him of terrorism charges. 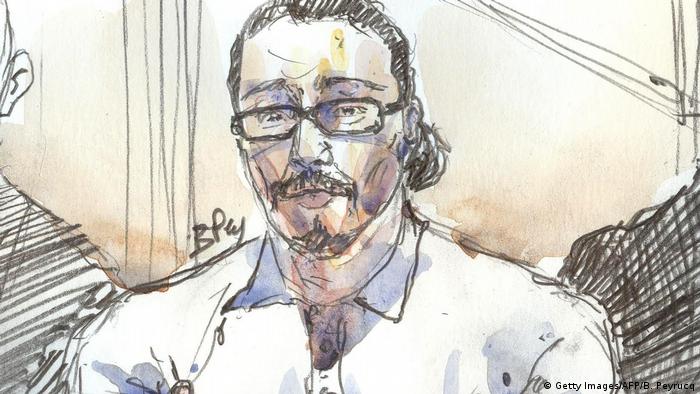 A Paris court on Wednesday acquitted Jawad Bendaoud of having harbored the terrorists responsible for the November 2015 attacks in the French capital that left 130 people dead. He provided the attackers with an apartment in the Parisian superb of Saint-Denis, but argued that he did not have knowledge of their terror plans.

Prosecutors had sought a four-year jail term for Bendaoud on charges of criminal conspiracy after having dropped more serious terrorism charges.

The 31-year-old, a Saint-Denis native with a long criminal record, lent his apartment to the attacks' mastermind, Islamic State (IS) leader Abdelhamid Abaaoud. Bendaoud insisted that he had detected nothing suspicious about Abaaoud and had no knowledge of the fresh attack plans the jihadist had hatched while in the apartment before the place was stormed by police on November 18, five days after the deadly events in Paris.

Abaaoud and accomplice, Chakib Akrouh, were killed in the raid.

Bendaoud, who French media has referred to as the "Daesh landlord," using the Arabic acronym for IS, has been on trial since January 24. It is the first trial related to the 2015 terror attacks that took place across Paris, including at the Bataclan concert hall, the city's football stadium and various bars and restaurants.

It was France's worst terror attack since World War II. Only one of the gunmen involved in the attacks, Salah Abdelsam, is believed to have survived. Abdelsam is on trial in Belgium.