Police destroyed the device with a controlled explosion and made an arrest in connection with the find. Though the device had limited potential for damage, Norway is cautious after Friday's attack in neighboring Sweden. 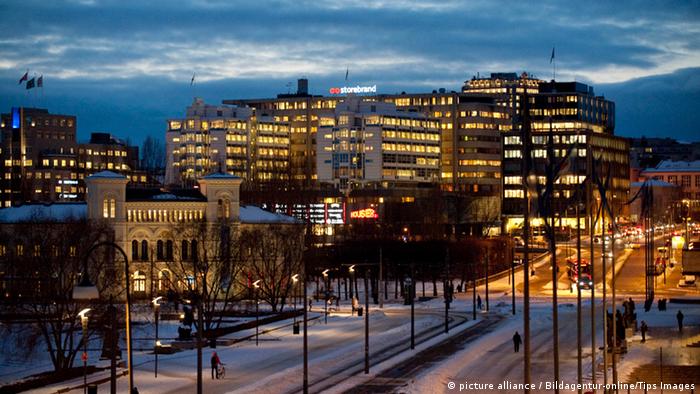 Norwegian police discovered a "bomb-like device" in central Oslo Saturday night. Oslo police released the information via an official Twitter account, adding that they had "cordoned off a large area" around the device, which they later destroyed with a controlled explosion.

The device was located on a busy street in the Groenland neighborhood of Oslo. It is uncertain how long it was there prior to the police discovery. Shortly after the discovery, police took a suspect into custody.

Prior to detonating the device, police noted that it had "potential for causing limited damage."

According to witnesses, people were evacuated from surrounding restaurants and bars as the investigation proceeded.

"Every restaurant was being closed," 23-year-old Malin Myrvold, who witnessed the scene from a fourth-floor window, told The Associated Press. "You could see cops in heavy armor going in every store and restaurant."

The Groenland neighborhood is a multi-ethnic part of Oslo with bars, restaurants and mosques. The city's main police station is also in the area, and is less than one kilometer from where the device was found.

Norway is on high alert one day after a stolen truck was driven through a busy street in Stockholm, Sweden, in an apparent terrorist attack that left four dead and 15 injured.