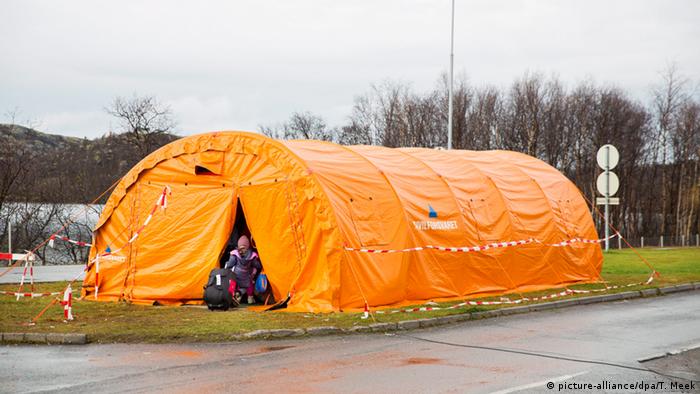 Solberg's Conservative Party depends on the populist Progress Party and its member Listhaug, 37, who is also integration minister and is known for her anti-immigration stance.

Before her appointment to the cabinet on December 16, Listhaug, then agriculture minister, criticized what she called a "tyranny of kindness that is blowing over Norwegian society like a nightmare."

"It is very serious that politicians are using punitive measures that would make it more difficult for a number of asylum seekers who are entitled to protection," asylum association spokesman Andreas Furuseth told the Norwegian news agency NTB.

Listhaug said she wanted 40 or so major and minor asylum law changes submitted to parliament in February before the European spring season, when asylum seeker arrivals were expected to rise again.

She told Norwegian NRK public television that her legislative package amounted to a "sharp retrenchment" on wide social entitlements previously granted to refugees.

It was a record for the oil and gas-rich Nordic nation of 5.2 million people, which in recent weeks saw fewer arrivals, in part because of border controls reintroduced in neighboring Sweden and the arrival of wintry weather.

NRK said the proposed rule tightening would allow family reunifications only after the applicant had acquired four years of work or education in Norway.

And, the government would issue voucher cards instead of cash for day-to-day items to prevent applicants from sending money to family back home.

Older applicants in the 55 to 67 age group would be required to learn the Norwegian language and aspects of Norwegian society.

Applicants who fail to present identity documents will be refused asylum. A grant of temporary residence would not automatically lead to permanent residence.

Sweden and Norway have tightened border controls and asylum rules as a means to reduce the number of asylum seekers. The move is also an effort to force other European Union member states to take in more refugees. (25.11.2015)