Namibia has slightly eased its ban on poultry imports from South Africa, despite an outbreak of avian flu there. The amendment is a result of severe shortages of poultry in Namibian markets. 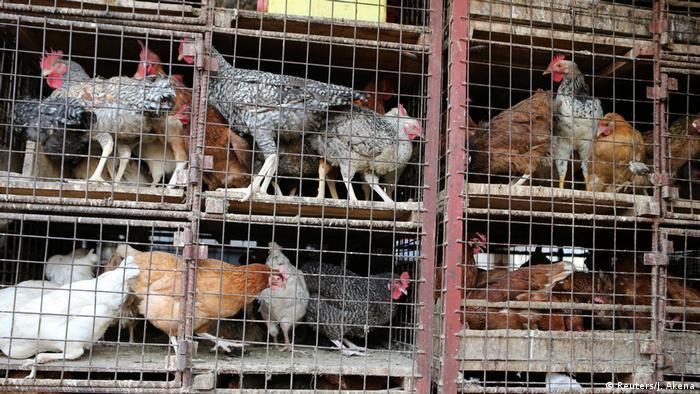 The Namibian government has amended its restrictions on the importation of live poultry, ostrich and poultry products due to a severe shortage of these products on its markets. The ban was prompted by an outbreak of avian flu in South Africa in May 2017 which is highly fatal to chickens. It is not harmful to humans but can, however, undergo changes to attack humans and cause severe flu. Avian flu is spread by wild birds migrating from one continent to another and is highly contagious.

According to a communique issued by the Chief Veterinary Officer, Milton Maseke, the amendment allows for the import of raw meat and eggs that have been approved by South Africa’s Department of Agriculture, Forestry and Fisheries. Such products should, however, come from approved sources located at least 90 kilometers (56 miles) from the Vaal dam in South Africa.

The dam borders the provinces of Free State, Mpumalanga and Gauteng where the outbreak was first reported.  All poultry, wild or domestic birds and products which do not meet these conditions will not be allowed to enter Namibia, the statement said.

Chicken is the more affordable and preferred protein meat for most Namibian households, even for people who earn less than 3,000 Namibia dollars (200 euros, 230 US dollars) a month. Namibians consume around 2,500 tonnes of chicken each month, but  local suppliers are unable to produce this amount on their own. 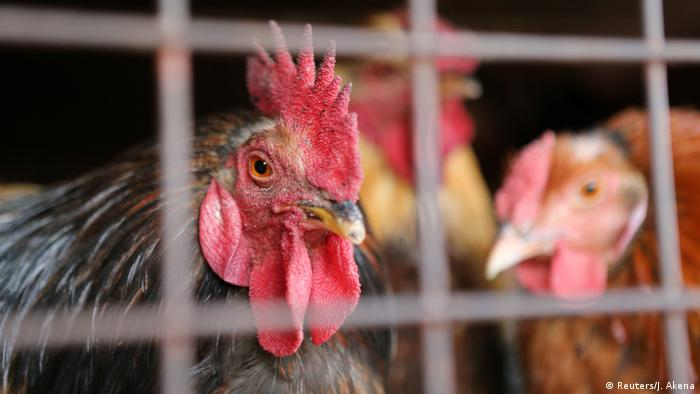 Domestic poultry can be infected with the highly pathogenic avian flu

Adriano Visagie, a resident of the Namibian capital Windhoek, says the government should come up with measures to ensure there are no more shortages in the future.

"It frustrates me as a citizen, but we can’t do much about it [the amended suspension]. The food shortages, especially chicken, are really there. Prices may go down but it is time that we started producing more of our own," he said in an interview with DW. He added that he was confident the government had also taken into consideration health implications for both humans and local poultry before re-opening the borders for imports from South Africa, while the bird flu has not yet been eradicated.

According to guidelines issued by the World Organization for Animal Health (OIE), a country is required to declare an outbreak of bird flu is over over after the last case has been reported and a three month active surveillance has been completed.

In the meantime, farmers and poultry businesses have been cautioned to stay on high alert and report any symptoms of the flu shown by their birds. Namibia Poultry Industries' spokesperson, Ashanti Manetti, said that no cases of bird flu have been reported so far and advised local poultry producers to take precautionary measures in all production units.

"We urge all producers of chicken and other poultry products to prevent contact with any wild avian species and keep chickens indoors, away from open water sources which are a serious risk as they are contaminated by wild migratory birds that are carriers of the disease," she said.

More than half a million poultry in Germany have been killed since the latest outbreak of highly contagious bird flu. Disease experts warn of the risk that a human pandemic is possible. (13.02.2017)

Kenya and Rwanda have banned poultry products from Uganda after a confirmed outbreak of bird flu. Ugandan authorities detected the virus after a mass die-off of birds on the shores of Lake Victoria. (17.01.2017)