From horror films to historical dramas, Mel Brooks has poked fun at every film genre in the books. After parodying Hitler and the Nazis in the 60s, he didn't shy away from anything else. Brooks turns 90 on June 28.

It's often easier in retrospect to see how an artist has paved the way for others. Nowadays, making fun of anything and everything is commonplace and even Nazi parodies are a dime a dozen.

But it hasn't always been that way, as a look at the work of director and actor Mel Brooks shows.

Though they may have become more common than in the decades following World War II, taking a humorous look at the Nazis may not be everybody's cup of tea, especially not in Germany. Some jokes about Hitler aren't funny at all. That's at least what some people think - and that's also what some of them probably thought when watching Mel Brooks' breakthrough film, "The Producers," back in 1968. 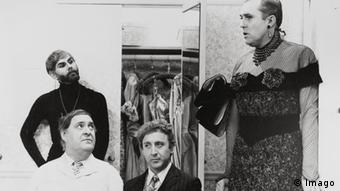 In spite of some criticism, Mel Brooks' work was crowned with success. The US filmmaker with Jewish roots had thoroughly learned his trade on the stage and in television before he became a filmmaker, setting a tone that was all his own.

Some observers have noted the difference between the humor of Mel Brooks and that of Woody Allen. Brooks' jokes are less intellectual and sophisticated, more ribald and even brute.

A much acclaimed comedian

In the 1970s and 80s, Mel Brooks conquered a worldwide audience with his very particular sense of humor. Furthermore, he was active in several branches of pop culture, theater, cinema and television throughout his life.

In 2001, he also gave proof of his remarkable talent for musicals when a musical version of his debut film, "The Producers," hit Broadway, earning him no less than 12 Tonys, making it the most acclaimed Broadway musical ever.

Mel Brooks is one of very few entertainment artists that have received the highest awards in four major cultural spheres: He's won one Oscar and several Tonys, Emmys and Grammys. 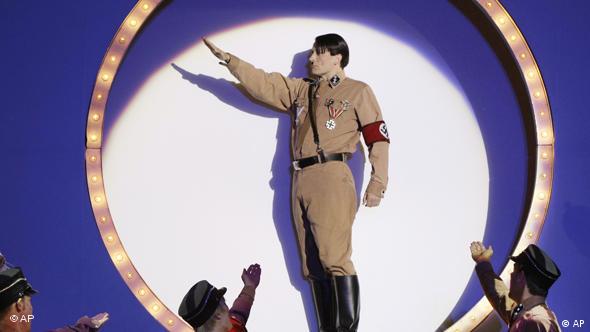 Brooks was married to US actress Anne Bancroft, until her death in 2005. She was also an icon of film history, starring as Mrs. Robinson in "The Graduate" opposite Dustin Hoffman.

A lusty pensioner dreaming of a new film

Despite getting older, Mel Brooks continued to be actively involved in showbiz over the last few years, appearing in television, and lending his voice to the protagonists of animated films.

When he recently announced the production of a new movie, observers weren't sure what to make of it. But it shouldn't be forgotten that, after all, Mel Brooks has always been good for a surprise.

The influential Polish art-house filmmaker Krzysztof Kieslowski would have turned 75 on June 27. By exploring philosophical issues through complex narrative structures, he managed to gain a wide audience worldwide. (27.06.2016)

He was the tough, blue-collar guy next door. German actor Götz George was best known as the gruff and abrasive police detective Schimanski in the crime series "Tatort." He passed away at age 77. (27.06.2016)

Known not only for their groundbreaking musical genius, The Beatles also enjoyed appearing on film. Even decades after their breakup, their music continues to inspire moviemakers: Over 200 films have been made to date. (23.06.2016)

This year, Anne Hathaway may just be the unlucky one: the Oscar-winning actor is nominated for the Razzie award for worst actress. Who else has collected both "honors"?

Survey: Which is your favorite airport in the world?

The airport on the small Scottish island of Barra is unique: Here, airliners take off and land directly on the beach. This is only possible at low tide. Which airport do you like in particular?