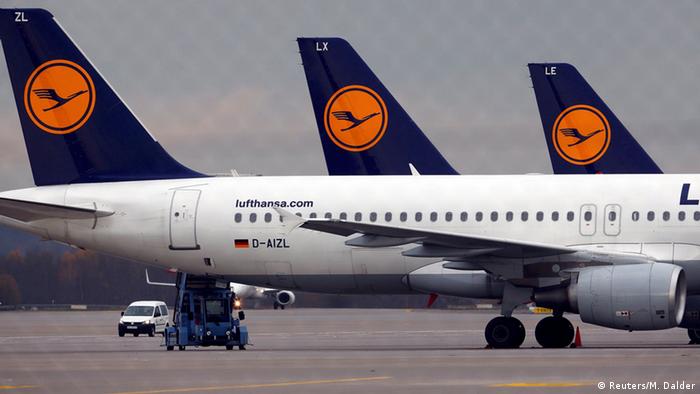 The protracted industrial action and the tragic crash of a Germanwings aircraft in the French Alps last March, which killed all 150 people on board, meant that 2015 was "a very difficult year emotionally," according to CEO Carsten Spohr.

But he stressed that "business-wise, 2015 was a very good year" and promised investors a dividend of 50 cents per share. Lufthansa did not pay a dividend in 2015, due to heavy losses.

Spohr forecast a further rise in operating profit for 2016, with passenger airlines "expected to be prime drivers of such earnings growth."

How tall must a pilot be to fly a plane?

Germany's Federal Labor Court on Thursday rules on the case of a young woman who wanted to train as a pilot with Lufthansa, but was rejected because she was considered too short. (17.02.2016)

Germany's biggest airline has reached a pay and pensions deal with the flight attendants' union Ufo, averting a looming threat of more industrial action at Lufthansa which was hit by a wave of strikes last year. (22.01.2016)