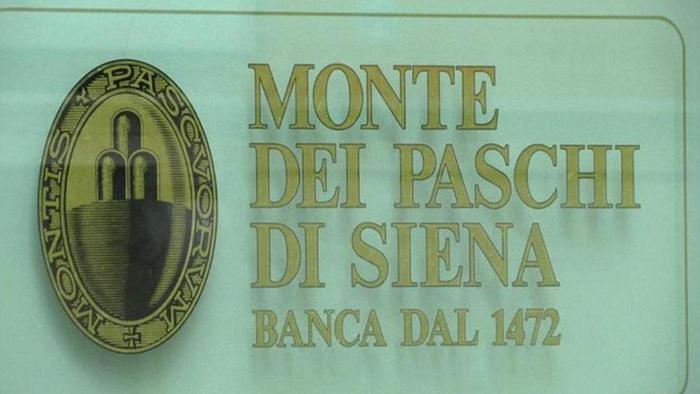 Founded in 1472, the world's oldest operating bank is saddled with gross non-performing loans worth 46.9 billion euros ($55.2 billion), forcing the ECB to request a reduction to 32.6 billion euros within the next two years.

The eurozone central bank also ordered MPS to present by October 3 its plans to cut the ratio of doubtful loans to 20 percent of its total loan portfolio by 2018.

At the Milan stock exchange, the request was seen as an ultimatum and in effect as a call to the country's entire ailing banking sector, which is burdened by fragile balance sheets and a staggering 360 billion euros in bad loans.

Italian companies complain about credit crunch in time of need

MPS insisted that the request from Frankfurt to shed 20 percent of its baggage of bad loans within two years was a "draft" still subject to negotiations ahead of a final decision by the ECB, due by the end of the month.

The bank's impaired credit is a legacy of the 2008 financial crisis and an ensuing double-dip recession in Italy that has affected all major Italian banks.

MPS received state bailouts in 2009 and 2012 and has seen its market value diminish by more than 80 percent over the last 12 months. It currently calculates it could recoup 39 percent of the face value of its bad loans if it called them in. However, if it were to sell some of them to a third party in response to ECB demands, it would only get 20 cents to the euro, according to the daily newspaper La Repubblica.

Accepting such a value writedown would create a 3-billion-euro gap on the bank's books, forcing shareholders - including the Italian government - to recapitalize it. The concern is that private MPS bondholders could also be asked to suffer losses, in compliance with new EU rules against taxpayer-funded bailouts.

The government in Rome owns a stake of 4 percent in MPS and has repeatedly criticized those guidelines, arguing that they fuel investor panic and make bank runs more likely.

According to Monday's edition of the Financial Times, Prime Minister Matteo Renzi is considering ignoring the EU rules and taking "unilateral" action, including pouring public cash into a privately backed rescue fund that could help MPS and other lenders by buying their bad loans.

Vincenzo Longo, a banking analyst at IG, also thinks that Renzi will come to the rescue of MPS and other Italian banks.

"This seems to be at the heart of the negotiations between Rome and Brussels, which are far from smooth but could have systemic consequences, both for Italy and Europe," he told the news agency Reuters.

Renzi is under pressure to act before July 29, when the European Banking Authority (EBA) is due to publish stress test results that may highlight the problems at MPS and other Italian banks.

Brussels has already indicated a way forward for Rome to protect Italian retail investors while still abiding by EU rules. The scheme could be modeled on the Greek bank rescue last year, which allowed the Greek state to buy stakes in the banks but forced them to sell assets and cut jobs.

Holders of bonds issued by the lenders were forced to swap them for shares, resulting in a loss but avoiding a collapse of the banks.

Europe's banks are grappling with a combination of tighter regulation and a weak economic climate. Their shares have been pummeled, prompting managers to call on central banks to intervene. (16.02.2016)

Italian banks are in trouble, burdened by an estimated 200 billion euros' worth of non-performing loans. Now bank balance sheets are to be cleaned up. But will that be enough to re-start Italy's sputtering economy? (29.01.2016)

Italy's third-largest lender has confirmed it will tap investors for billions to fill a capital deficit laid bare by recent banking-sector stress tests. Monte Paschi is believed to get in shape for being taken over. (05.11.2014)