Economic sanctions against Iran were lifted in January, opening up fresh business opportunities for the country. Yet it complains that it still does not have access to financial markets. Why is that? 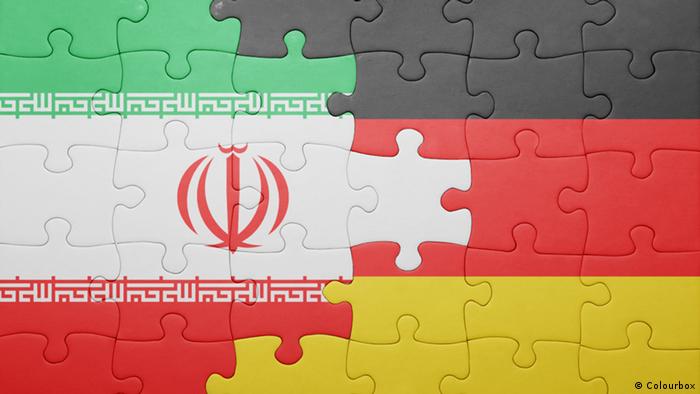 During the spring meeting of the International Monetary Fund (IMF) and the World Bank in Washington, D.C. last week, Iran called on the United States and the European Union (EU) to help it access the global financial system.

"In general, we are not able to use our frozen funds abroad," said Valiollah Seif, governor of Iran's central bank - even though the country's assets were supposed to be unfrozen when international sanctions against it were lifted in January. Iran is also frustrated that many international banks still shy away from financing trade deals and processing transactions, out of fear of legal problems in the US.

On July 14 2015, Iran reached a deal with major international powers, agreeing to redesign, convert and reduce its nuclear facilities and accept the international protocol on nuclear arms. In exchange, the US and the EU promised to lift economic sanctions against Iran.

In January 2016, John Kerry, the US Secretary of State, and Federica Mogherini, the EU's representative for foreign affairs and security policy, officially announced the lifting of the sanctions, following Iran's compliance with the terms of the nuclear deal.

"The threat of the nuclear weapon has been reduced," Kerry said. As a result, "multilateral and national economic and financial sanctions related to Iran's nuclear programme are lifted," Mogherini added. 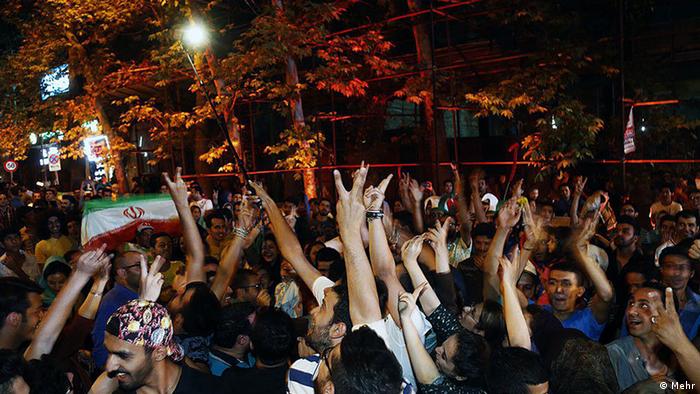 Hopes were high in Tehran after the nuclear deal was signed in July 2015. But progress in resuming business is slow

Shortly after, in February 2016, the global transaction network SWIFT announced it had reconnected a number of Iranian banks to its system, allowing them to resume cross-border transactions with foreign banks.

"We will continue to work with the remainder of the entities that have applied to re-join SWIFT to ensure their smooth reconnection," said Onur Ozan, Country Manager at SWIFT. As a result of the sanctions, Iranian banks had been cut off from this network for four years. SWIFT declined to answer further questions by DW.

But, as always, the devil is in the details. First of all, the US did not lift all economic sanctions against Iran in January, but only "secondary sanctions". These are "directed toward non-US" persons and companies doing business with Iran "entirely outside of US jurisdiction", the U.S. Treasury states on its website.

"US persons - including US companies - continue to be broadly prohibited from engaging in transactions or dealings with Iran or its government," the Treasury statement continues.

Crude prices have tumbled after the world's top producers failed to reach an agreement on capping output aimed at easing a global supply glut, sparking fears it could set off another round of price falls. (18.04.2016)

The EU will support Iran's bid to join the World Trade Organization. At the highest-level talks with the country in more than a decade, the bloc urged Tehran to refrain from further ballistic missile tests. (16.04.2016)

Iran has emerged as an interesting market for German companies after the lifting of international sanctions. One German business setting its sights on doing business there is Kieselstein International. (15.04.2016)

Iran has received the first part of the Russian S-300 missile system. Moscow is able to go through with the delivery thanks in part to the nuclear deal between Iran and members of the international community. (11.04.2016)

Supreme Leader Ali Khamenei has accused the US of continuing to act against Iran despite removing the sanctions "on paper." Meanwhile, US President Barack Obama addressed Iran via a video message. (20.03.2016)

Moreover, the US government "removed over 400 invidivuals and entities" from its List of Specifically Designated Nationals and Blocked Persons (SDN List) in January. But "more than 200 Iranian or Iran-related individuals and entities" remain on that black list. Even non-US companies are prohibited from doing business with them. The EU has a similar list.

For example, Iranian banks accused of links to the country's elite Revolutionary Guards remain under US sanctions. Foreign banks looking to do business with Iran must avoid engaging with these institutions, a US state department offical warned in March.

While non-US banks are not generally forbidden from doing business with Iran, major problems remain. Chief among them is how to handle transactions in US dollars, the world's most important currency.

Banks from Germany and other countries "need to continue to ensure they do not clear" such transactions with Iran "through US financial institutions", since US banks are not allowed to do business with Iran, according to the US Treasury. That means, according to the Association of German Banks, that payments in US dollars with business partners in Iran cannot be done via SWIFT.

European banks are afraid of falling foul of these rules, pointing to the almost $1.5 billion that Commerzbank agreed to pay a year ago for violating US sanctions. The German bank's yearly profit was halved by that fine. For similar sanctions-related infractions, French bank BNP Paribas was slapped with a much larger $8.8 billion fine in June 2014.

For banks, it's extremely complicated to make sure that a business partner is not incriminated in some way or another. "There's a lack of company registers and also renowned law firms who could confirm information with a legal opinion," a spokesperson from the Association of German Banks told DW. "It remains a challenge to identify a person beyond a doubt and make sure they don't act as dummies for blacklisted individuals."

In addition, the Financial Action Task Force (FATF), an intergovernmental organisation to combat money laundering, qualified Iran as a high risk country. Banks have to follow stricter due diligence standards when dealing with these countries, and the requirements for capital and liquidity are also higher. Plus, export credit guarantees by the German government are currently not available. All this results in very slow progress when it comes to resuming business relations with Iran. 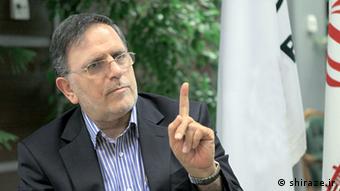 Iran's central bank governor Seif now urged all sides, "especially the US, to take the required measures to remove the obstacles." He added that the United States needed to make changes to its laws and regulations to give Iran access to its financial system.

US Treasury Secretary Jack Lew told Seif during their meeting in Washington that the United States would keep meeting "its sanctions-related commitments in good faith" as long as Iran continued to uphold its end of the bargain, a Treasury official said in Washington.

How long it will take to lift the sanctions completely remains unclear, according to Austrian President Heinz Fischer. "I cannot make any predictions on how much longer it will take," he told Iranian television news agency IRIB in late March.

A reassessment of Iran by the Financial Action Task Force regarding money laundering and terror financing might take one or two years alone, estimates the Association of German Banks. But the lobby group for Germany's financial sector also points to "a lot of work" ahead for Iran, which "often lacks internationally recognised standards for supervision and accounting."