India has rebutted a four-point plan including a "demilitarized" Kashmir as proposed by Pakistani President Nawaz Sharif at the UN. India's Foreign Affairs Ministry accused Pakistan of "sponsoring terrorism." 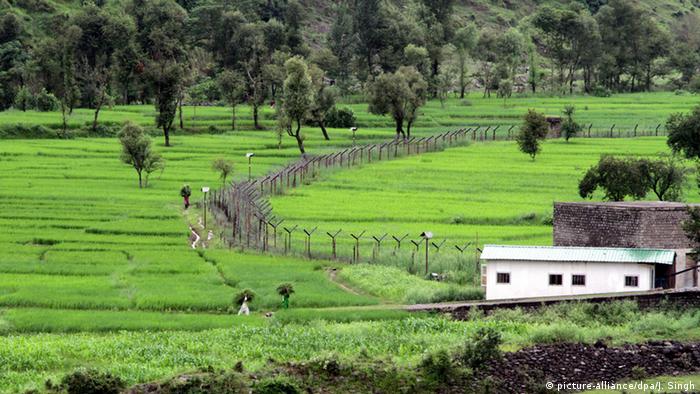 Sharif told the UN General Assembly that Pakistan and India should formalize the 2003 ceasefire line in the divided Himalayan region where the rival nations have exchanged fire frequently in recent months.

Sharif also called for an expansion of the UN Military Observer Group in India and Pakistan to monitor his proposed ceasefire.

Resolving "the causes of tension" would reduce the "peril posed by offensive and advanced weapons systems" held by the two nuclear-armed nations, he added during his speech on Wednesday.

India, whose foreign minister is due to address the General Assembly on Thursday, quickly issued a rebuttal, accusing Pakistan of depicting itself as a victim.

"In truth, it is actually a victim of its own policy of breeding and sponsoring terrorists," First Secretary in the Permanent Mission of India to the UN Abhishek Singh said in a statement.

Sharif's address coincided with death sentences passed Wednesday by an Indian court on five men accused of involvement in the 2006 Mumbai commuter train bombings. Seven other convicts were jailed for life.

Defense lawyers said the men would appeal the verdicts.

Indian police had claimed that Pakistan's Inter-Services Intelligence agency played a role in the attacks carried out by disaffected Muslim extremists in Pakistan and India. 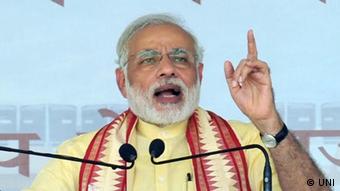 Modi claims Pakistan had a role in attacks in India

Indian Ministry of External Affairs' spokesman Vikas Swarup responded to Sharif UN address in a tweet, saying: "To demilitarize Kashmir is not the answer. To de-terrorize Pakistan is."

Hostility between Pakistan and India dates back seven decades, including three wars and periodic attempts at peace talks.

An Indian court has sentenced five people to death for their role in a series of 2006 Mumbai train bombings. India has accused Pakistani intelligence and the terrorist group Lashkar-e Taiba of orchestrating the attacks. (30.09.2015)