It's like a second war, say affected families in northern Uganda. While adults recover from the terrors of a 20 year-long civil war, more and more children are suffering from a mysterious illness. 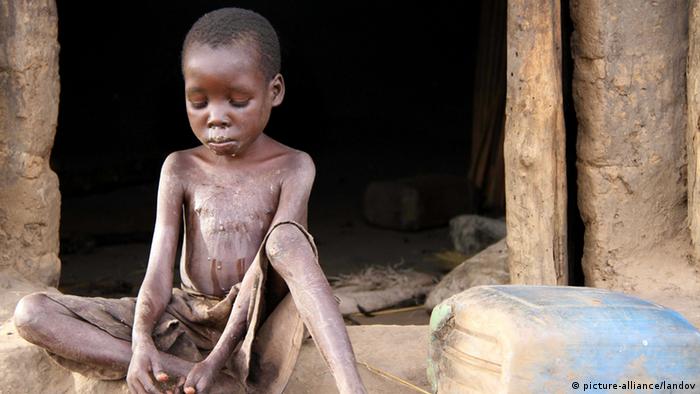 Experts are mystified by nodding disease. Initially it was considered to be a form of epilepsy. It generally begins with a lack of concentration. Then sufferers are affected by seizures, including repeated nodding, hence the name. If the illness gets worse, children remain physically and mentally impaired and eventually become so weak they are unable to eat. Nodding disease is found exclusively among the children of refugee families. According to the World Health Organisation (WHO), some 3,000 children have been affected in Uganda, of whom several hundred have died. 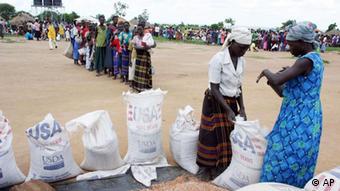 Queuing for food aid at a refugee camp in northern Uganda

Scientists around the world have been seeking the origins of the disease for many years.

"We have ruled out more than three dozen possible causes," said Scott Dowell, Director of Division of Global Disease Detection and Emergency Response at the Center for Disease Control in Atlanta. He and his colleagues have not yet succeeded in finding a succesful form of treatment.

Fresh information has now come from a new study carried out by the University of Gulu in northern Uganda. It sees a link between the illness and the consequences of the civil war in the region.

Most of the affected children grew up in refugee camps. During the 20 years of war between rebels of the Lord's Resistance Army (LRA) and the Ugandan government, they became refugees in their own country. The government set up refugee camps where hygiene was poor, there was not enough to eat and inmates were permanently in fear of armed attack. 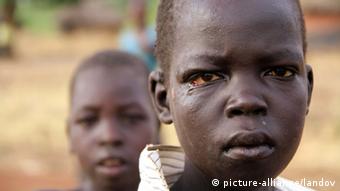 A few years ago the remaining camps were dissolved and the children, now aged between five and 15, returned to their villages. The first cases of illness soon followed. Families were hardy able to provide the help their children needed when affected by seizures. Accidents were frequent, as children injured themselves at open fires or fell into water and drowned. Some families have up to five children who are affected.

Similar symptoms were observed in the early 1960s in children in a remote mountain region of Tanzania. Since 2003 there have also been cases in what is now South Sudan. However the outbreak of the disease in northern Uganda is far worse.

The importance of local knowledge

The University of Gulu lies in the center of the affected region. An inter-disciplinary group of researchers asked the local population what they thought were the causes of the disease. One explanation was that people who died in the war and were not buried in the traditional way brought misfortune to the community. 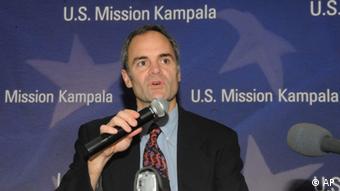 More interesting for the scientists was the suggestion that food aid distributed by the World Food Program (WFP) was the culprit. Medical staff in the region point to chronic undernourishment of the refugees, toxic seeds that were eaten out of desperation, and poisoning by chemical and biological weapons. In addition, they believe that river water was contaminated by the extraction of minerals.

For the researchers, these were promising new avenues to explore. They carried out tests which revealed, for example, that the children have very high levels of acids in their blood. Research team leader David Lagoro Kitara told DW: "This might be a result of either chronic malnutrition or they might have a metabolic problem."

Medication recommended by the WHO and the Ugandan Health Ministry has not helped, Kitara said. But the Gulu researchers have come up with an alternative. Generous helpings of milk and food supplements produced a swift improvement in the children's condition which then stabilized. Based on this initial success, the researchers are hopeful that they can now find an effective cure.

Joseph Kony, leader of the Ugandan rebel Lord's Resistance Army (LRA), is undoubtedly the most wanted war criminal in Africa. The militia chief is believed to be hiding in the central African jungle. (25.09.2012)

Around 150 million children lack essential nutrients, encouraging disease and hampering development. Some die before they reach the age of five, so that any aid needs to be well-targeted. (14.11.2011)

Uganda's disabled left to fend for themselves

While the long-running, brutal conflict between the Ugandan government and northern rebels has calmed, it has left behind many disabled people who receive little help from their families or the state. (09.05.2011)