The European Union has said Guinea's presidential election was free and fair. The electoral commission has yet to announce the outcome. Preliminary results show incumbent president Alpha Conde in the lead. 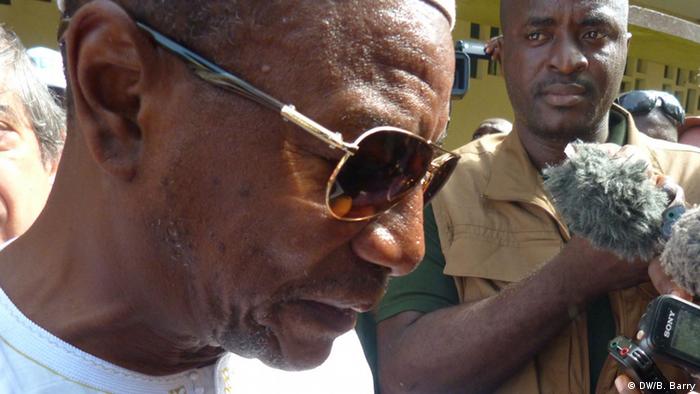 While President Conde (pictured above) is hoping to lead the country for another five years, a second round of voting is also possible. The head of the EU observer mission, Frank Engels, said the irregularities did not warrant invalidity of the vote. "What I saw in terms of insufficient (voting material), lack of preparation and logistical and practical difficulties at the polling stations does not mar the validity of the election," he said. His comment was echoed by the head of the African Union monitoring group who said the election was transparent, despite some organizational difficulties.

The EU announcement is a slap in the face for the opposition. On Monday, the opposition called for a re-run, claiming the ballot was marred by fraud and vote rigging. They threatened to take to the streets in protest. At a press conference also attended by the six other candidates challenging incumbent President Alpha Conde, opposition leader Cellou Dalein Diallo said, "We cannot accept this ballot, we request it be annulled. We will not accept the results of this vote." 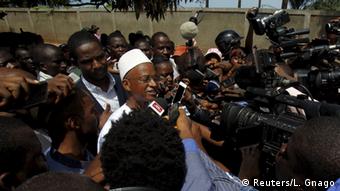 Diallo's Union of Democratic Forces of Guinea (UFDG) has broken its alliance with the Union of Republican Forces (URF), headed by Sidya Toure. The URF is the third largest party in Guinea and one of the strongest opposition parties in Conakry and coastal regions. Diallo now has an alliance with the supporters of Moussa Dadis Camara, a former military leader currently in exile in Burkina Faso. Camara faces the risk of being prosecuted for human rights violations during his time in power. Among those violations, his soldiers carried out a massacre at a stadium where more than 150 opposition supporters, most of them Diallo’s supporters were killed. "That alliance between Dialllo and Camara’s camp looks very strange. That may also eliminate some people who would have otherwise voted for the opposition", said analyst Paul Melly of Chatham house in an interview with DW.

Because Guinea has been able to avoid large scale civil conflict over the last five years, president Alpha Conde could reap some significant benefit, added Melly. Throughout the campaign season, the opposition lacked a clear position. They first threatened to boycott the election, but later demanded for it to be postponed.

A history of political violence 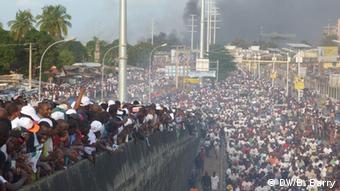 Guinea has a violent political history

Guinea, Africa's largest producer of bauxite, has a history of political violence, including at the 2010 election that brought Conde to power. Over the weekend, two people were killed and at least 33 were wounded in clashes between supporters of Conde and Diallo.

It is the second time the West African country has held a democratic presidential election since independence in 1958. Despite the violence that characterized the campaign period, voting was peaceful. Some polling stations opened late, others were short of envelopes, while some voters turned up without voter ID cards. Guinea had its first democratic election five years ago, bringing an end to decades of military rule. With no electricity in many polling stations on Sunday, security forces kept an eye on the proceedings, but local residents anxious about fraud also watched, relaying results to family and friends by telephone.

As Guineans wait for the final results, UN Secretary General Ban Ki-moon urged all sides to refrain from any action that could lead to violence.

Guinea opposition calls for election results to be canceled

Opposition leader Cellou Dalein Diallo has called for the results of the first round of Guinea's presidential election to be voided, citing "massive fraud." Diallo is expected to face President Alpha Conde in a run-off. (12.10.2015)

Guinea holds a peaceful ballot: Could it be history in the making?

Guineans went to the polls elect the next president. International observers and anti-riot police watched over the polling stations. Eight candidates including the incumbent president Alpha Conde are in the race. (12.10.2015)