A leaked transcript of a call among three International Monetary Fund officials has caused outrage in Athens. It suggests that the lender may have wanted to use the threat of default in Greece to force austerity. 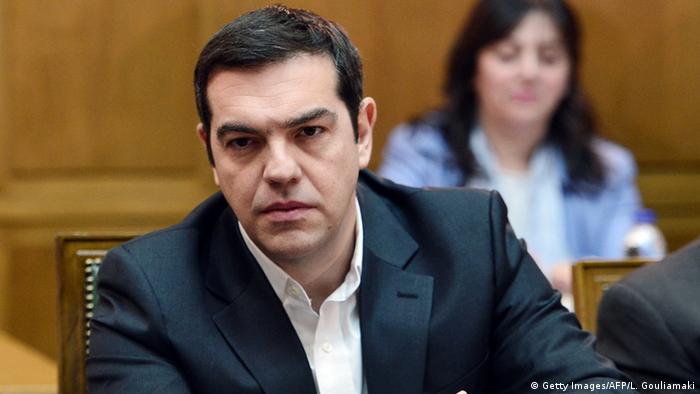 Greece demanded an explanation from the IMF on Saturday after the whistelblowing website WikiLeaks published a transcript suggesting that the lender might threaten to pull out of the country's bailout in order to force a deal on increased austerity by the end of April.

WikiLeaks posted what it claimed was the report of a telephone conversation involving three senior IMF officials ahead of talks in Athens next week.

In the transcript, the officials suggested triggering a crisis "event" to drive the threat of default and thus force Greece's government to act. They further bemoaned that an upcoming referendum on British membership of the EU would halt the bailout review. It is the necessary step to unlocking the next round of Greece's debt relief.

"The Greek government is demanding explanations from the IMF over whether seeking to create default conditions in Greece shortly ahead of the referendum in Britain is the fund's official position," a spokeswoman for the government of Prime Minister Alexis Tsipras said.

The IMF responded by issuing a statement that it does not comment on "supposed reports of internal discussions."

"We have stated clearly what we think is needed for a durable solution to the economic challenges facing Greece - one that puts Greece on a path of sustainable growth supported by a credible set of reforms matched by debt relief from its European partners," according to the statement.

EU and IMF leaders are set to resume a review of Athens' bailout shortly. Talks have stalled twice since January over differences between lenders over Greece's projected debt and disagreements with Tsipras over pension reform. Only after the review is concluded can creditors give Athens new loans and pave the way for long-await negotiations on debt restructuring.

Tsipras' future in the balance as Greek crises mount

The key challenge for Alexis Tsipras will be to rise above the incompetence and corruption that have plagued past Greek administrations as he juggles various crises. Pavlos Zafiropoulos reports from Athens. (12.03.2016)

Greece's bailout inspectors are due to return to Athens for a review of the government's economic reform commitments. If deemed sufficient, the visit will set the stage for talks on relieving the country's debt burden. (08.03.2016)