State assets, including water and electricity utilities, are to be transferred to a new asset fund created by international creditors. The plans have sparked demonstrations and public sector strikes across the country. 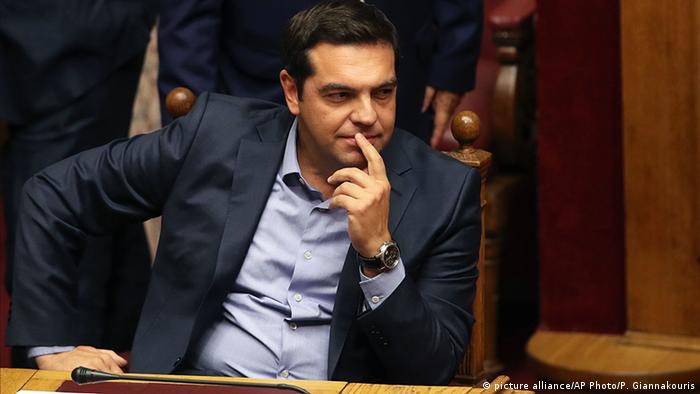 The reforms seek to unlock 2.8 billion euros ($3.14 billion) in financial loans as part of the country's latest bailout program.

The reforms were passed by a narrow 152-141 majority vote in Greece's 300-seat parliament, after 152 parliamentary members of the ruling Syriza-Independent Greeks coalition approved the reform bill. Only one member of the coalition voted against the bill, along with all opposition members.

The reforms will see public assets transferred to a new asset fund created by Greece's creditors. Assets include airports and motorways, as well as water and electricity utilities. The holding company groups together these state entities with the country's privatization agency, the bank stability fund and state real estate. It will be led by an official chosen by Greece's creditors, although Greece's Finance Ministry will retain overall control.

Ahead of the vote, protestors outside of the parliament in Athens chanted, "Next you'll sell the Acropolis!"

Greece's public sector union criticized the reforms, saying that the transfer of public assets paved the way for a fire-sale to private investors. "Health, education, electricity and water are not commodities. They belong to the people," the union said in a statement.

Workers at Greece's public water utility companies in Athens and Thessaloniki walked out on Tuesday to protest the reforms. "They are handing over the nation's wealth and sovereignty," George Sinioris, head of the water company workers association said.

"We think this is a crime because it involves basic public services. We will respond with court challenges, strikes, building occupations and other forms of protest."

The government said that the transfer constituted more effective management, rather than plans for a sell-off. "Transferring (the assets) to the fund does not mean the state forfeits its property," Energy Minister Panos Skourletis said during a parliamentary debate. "Secondly it does not mean privatisation, and thirdly, these assets are not collateral for the loans of the country."

"The Greek state remains the sole stakeholder of these assets," he said. "Apart from privatization, there are other ways to gain value and we are concentrating on these other ways."

Greece signed up to its latest financial aid package, worth up to 86 billion euro, in mid-2015 – the third such lifeline since 2010. The government of Prime Minister Alexis Tsipras has since passed a number of economic reforms sought by the country's creditors, namely to its pension and income tax systems.

In mid-October, representatives from Greece's lenders - the European Commission, European Central Bank (ECB), European Stability Mechanism and the International Monetary Fund (IMF) – will meet in Athens to conduct a second bailout review. The review is expected to include an unpopular labor reform bill.

Greece hopes that such labor reforms will qualify it to participate the ECB's quantitative easing program by next year.

Tsipras is under pressure after reversing a number of the pledges he made to recession-weary voters during his election campaign in 2015. Government officials have already spoken out against the prospect of further reforms that could bring job losses and further wage cuts.

However, Greece's national debt is expected to peak this year, rising above 180 percent of gross domestic product, a level the IMF deems unsustainable.

Anti-graft prosecutors have raided the offices of a Greek advertising company run by the wife of the central bank governor, officials said. The banker and former minister Yiannis Stournaras is not under suspicion. (15.09.2016)

Greek Prime Minister Alexis Tsipras has said differences between the EU and the IMF on Greece's debt management are damaging the country. He called on the EU to recognize the Greek debt crisis as a "European problem." (11.09.2016)

Greek Prime Minister Alexis Tsipras has called for more pro-growth policies in Europe during a mini-summit of southern European nations in Athens. He also urged Europe's Mediterranean countries to present a united front. (09.09.2016)