Bavarian police raided a cemetery worker's home — and discovered 11 gold teeth and one ring allegedly taken from dead bodies in the city of Würzburg's main graveyard. The man is accused of "disturbing the dead." 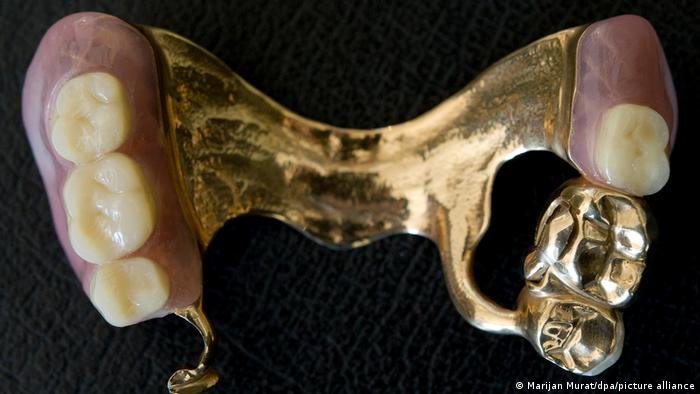 Around 30 grams of dental gold were allegedly stolen

A German cemetery worker is being investigated for allegedly stealing gold teeth from dead bodies, local police announced on Tuesday.

A police statement said he was accused of "disturbing the peace of the dead."

The suspect was employed to dig and fill in graves in the city of Würzburg in the southern state of Bavaria. He is accused of unlawfully removing the gold in 20 incidents since September 2019.

After receiving a tip-off, police obtained a search warrant for the suspect's apartment. They seized 30 grams of gold, consisting of a ring and 11 pieces of dental gold.

Police say the gold appears to have been taken from people buried in the city's central graveyard a long time ago, rather than from those who had died recently. This may make it more difficult to determine whether he had committed a crime and whether he is guilty, prosecutors said.

The accused said he had only taken the gold to show his friends. Investigations are continuing.