After over two years, Berlin said it's still not ready to stop temporary passport controls at the Austrian border. The Interior Ministry cited fears of a terrorist attack and unbridled migration for the prolonged checks. 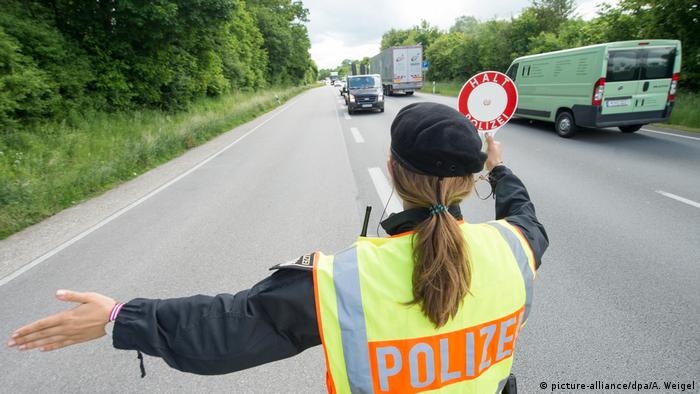 Germany extended temporary passport controls on its border with Austria and for flights departing from Greece for an additional six months due to the prospect of irregular migration and terrorism, the Interior Ministry said in a statement on Thursday.

"There continue to be shortcomings in the protection of the EU's external borders, as well as a significant amount of illegal migration within the Schengen zone," de Maiziere said. "A complete return to a Schengen zone without border checks will only be possible once the overall situation allows it."

In September 2015, Germany reintroduced border controls along its border with Austria, where hundreds of thousands of migrants, many of them refugees fleeing conflict in the Middle East, entered the country. That year, more than 890,000 migrants entered Germany after German Chancellor Angela Merkel enacted her open-door policy for those fleeing conflict and persecution.

De Maiziere also noted that the threat of a terror attack was one of the reasons the Interior Ministry decided to extend border controls. In 2016, Germany was hit by several terrorist attacks, including one a Christmas market that left 12 people dead.

Earlier on Thursday, special investigator Bruno Jost presented his final report on an inquiry into the Christmas market attack, saying it is "highly likely" that German authorities could have detained the suspected perpetrator, Tunisian national Anis Amri, months before the attack.

The EU has witnessed an increase of terrorist attacks in European capitals, including Berlin, Paris and Brussels over the past three years. Denmark has also extended border controls on its border with Germany, citing fears of a terrorist attack.

"We are working hard on this, all member states, the EU Commission and the EU Council, but there is still a long way to go," said de Maiziere.

As the US isolates itself under President Donald Trump, one rural town in Pennsylvania keeps rooting for refugees. The Amish and Mennonite communities of Lancaster County say "refugees welcome." Sertan Sanderson reports. (09.10.2017)

Can integration be achieved? | Made in Germany