Bavarian police have rescued a mentally disabled woman from a "squalid" apartment, saying it seemed that her mother had locked her away for years. They found her as the mother attempted suicide during an eviction order. 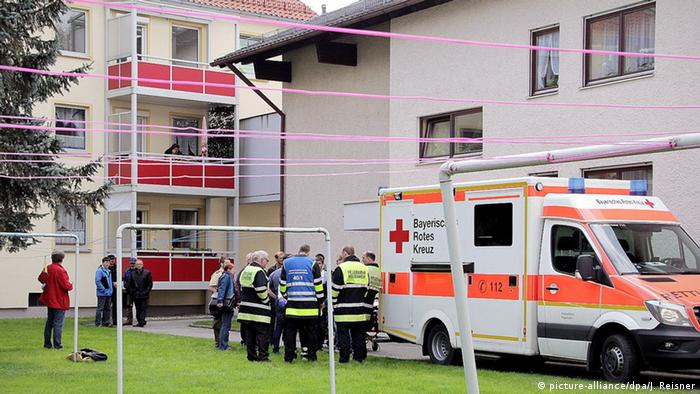 Officers found a captive 26-year-old woman in a "neglected state" on Tuesday morning while carrying out an eviction order against the woman's mother in the southern German city of Rosenheim.

"We believe that this is the tenant's daughter, who was in a physically run-down state and who had lived in there for a long time, maybe even for years," police spokesman Stefan Sonntag told local news site rosenheim24.de.

Police described the captive woman as "mentally disabled" and added that the woman had been sent to a psychiatric hospital.

The woman's 54-year-old mother threw herself down a stairwell shaft, in an apparent suicide attempt, when police rang the doorbell to enter the apartment. "The woman is in critical condition" but did not sustain life-threatening injuries, Sonntag told reporters.

Officers entered the apartment following the suicide attempt and uncovered a locked door. Upon breaking it down, the authorities discovered the captive woman, but were unable to speak with her.

"Communication with her is very, very difficult," explained the police spokesman.

Authorities in the Bavarian town are investigating the possibility of unlawful imprisonment. "It's a truly tragic case," said Sonntag.

An unidentified neighbor told rosenheim24.de that although he lived next door since 2003, he had never seen the 26-year-old.

Another neighbor claimed that the 54-year-old mother refused any type of help and that the daughter could be heard screaming and kicking the walls at night. She believes the woman has been locked up for the past five years.

Police say it is unclear when - or if - the mother and daughter will be able to be questioned.

"It is difficult to imagine how such a thing can develop," said the Rosenheim's mayor, Gabriele Bauer.

Suspended sentence for woman who laced supermarket meat with needles

A German animal rights activist who hid sewing needles inside sausages at supermarkets has been convicted of causing grievous bodily harm. The 60-year-old said she only wanted to stop people eating factory-farmed meat. (28.05.2015)

Several dead infants have been found in a house in the Bavarian town of Wallenfels. Police have launched an investigation, but have so far declined to give extensive information. (13.11.2015)

The body of a dead infant has been found near the Oberbaum Bridge in Berlin. Police have said they are investigating the case as a homicide. The case follows two other recent cases of infanticide. (20.11.2015)