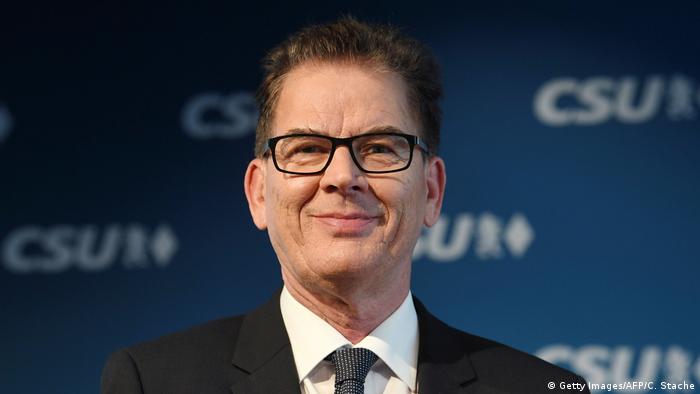 The German government announced on Wednesday a new initiative to make it more attractive for refugees in Germany to voluntarily return to their country of origin.

Development Minister Gerd Müller (pictured) told German daily newspaper Augsburger Allgemeine that the government would use up to €500 million ($620 million) to finance jobs and vocational training programs in countries including Iraq, Nigeria, Tunisia and Afghanistan.

"We won't be putting a check in anyone's pocket," said Müller, who is a member of Chancellor Angela Merkel's conservatives, adding: "We are only financing projects on the ground."

Siemens would work with the Development Ministry to train some 5,000 refugees who voluntarily return to Iraq to become electricians and engineers, he said. The initiative aims to convince between 20,000 and 30,000 asylum seekers to return home annually.

The announcement follows a report in the newspaper Neue Osnabrücker Zeitung on Tuesday that a cash-based test program had not been as effective as hoped.

Refugees whose asylum applications in Germany were rejected between December 2017 and February 2018 were eligible to receive up to an extra €3,000 in housing assistance if they voluntarily returned to their country of origin.

Although the government rejected some 28,500 asylum applications during this period, only slightly more than 4,500 people accepted the assistance.

The Interior Ministry nevertheless defended the program as a "good instrument," saying it was too soon to evaluate its success.