A ferry carrying 140 passengers has crashed into a pier on the main island of Gran Canaria, prompting an oil spill. But local authorities said emergency response teams tackled the spill "in record time." 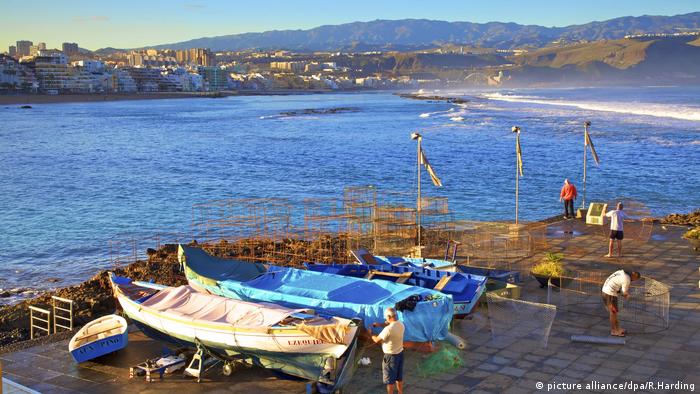 Spanish authorities on Saturday launched an emergency plan to contain a three-kilometer (two-mile) oil slick caused by a ferry slamming into underwater fuel pipes in the Canary Islands, the regional government said in a statement.

"We will continue to work on the spill and we hope that it has evaporated before Monday. Technicians do not believe it poses an environmental danger," Clavijo said in a tweet.

On Friday, the ferry suffered a technical glitch, causing the power to cut out.

As seen in local media footage, the vessel crashed into a pier where pipes were located. The pipes leaked oil into waters surrounding the towns of Las Palmas de Gran Canaria and Telde, according to the regional government.

The explosion of the Deepwater Horizon drilling rig in 2010 caused an environmental disaster. But an oil spill like that could happen again, scientists say. Will they be able to prevent worse in the future?

Apart from minor injuries, none of the 140 passengers were seriously injured, said operating company Naviera Armas. The company added that the ferry eventually docked and passengers were hosted in local hotels.

Environmental activists have warned of the severe consequences of oil spills, especially in bodies of water, saying they destroy aquatic life.

"The industry's global track record shows that where oil is drilled, blowouts and oil spills are a fact of life. Spills sicken and kill and are especially disastrous in water, where it's extremely rare to recover more than 20 percent of the oil spilled," Greenpeace said on its website.