European politicians got millions to lobby for pro-Russian government in Ukraine | News | DW | 24.02.2018

A new indictment has accused former Trump aide Paul Manafort of paying some €2 million to European politicians to support a pro-Russian government in Ukraine. The lobbying group was led by a "former European chancellor." 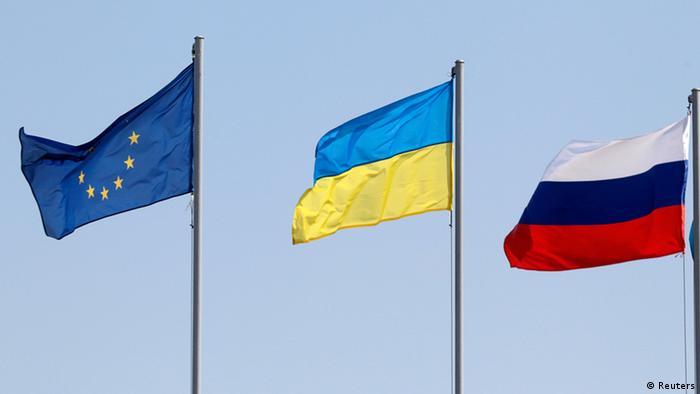 US President Donald Trump's former campaign manager Paul Manafort paid a group of unnamed European politicians €2 million ($2.5 million) to lobby for a pro-Russian government in Ukraine, according to an indictment filed by US special counsel Robert Mueller on Friday.

The superseding indictment accused Manafort of wiring the money to the politicians — collectively called the "Habsburg group" — in 2012 and 2013 to give "independent assessments" favorable of former Ukrainian President Viktor Yanukovych's government.

The group was meant to "act informally and without any visible relationship" to the Ukrainian government, a memorandum written by Manafort in June 2012 read.

Former chancellor behind the Habsburg group

An unnamed "former European chancellor" referred to as "Foreign Politician A" allegedly managed the lobbying group, according to the indictment. Manafort and the Habsburg group lobbied US lawmakers and senior government officials in or around 2013 in a strategy titled "SUPER VIP." 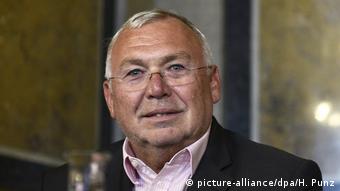 The House of Habsburg was an aristocratic family that occupied the throne of the primarily German-speaking Holy Roman Empire for hundreds of years. Chancellors head the governments of Germany and Austria; the post also exists in Switzerland, where the chancellor heads an office that supports the Federal Council, which serves as the head of government.

Although Mueller's indictment does not name any of the European politicians, the AP news agency previously reported that Manafort had worked with Mercury LLC, a US-based lobbying firm that had employed former Austrian Chancellor Alfred Gusenbauer.

Gusenbauer and Mercury lobbyists met with three members of the US Congress in 2013, according to a disclosure form filed by Mercury in 2017. The meetings were part of Mercury's outreach work on behalf of the European Centre for a Modern Ukraine, a think tank that Mueller has described as a "mouthpiece" of the Yanukovych government.

The ex-chancellor is now a member of the "Dialogue of Civilizations" think tank in Berlin. Vladimir Yakunin, one of the organization's founders, was placed on a US sanctions list in 2014 in response to Russian intervention in Ukraine. The US said Yakunin, who at the time was president of state-owned Russian Railways, was "a close confidant" of Russian President Vladimir Putin. 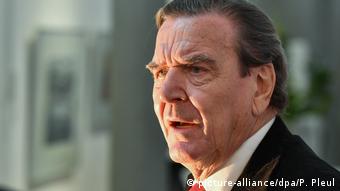 Gusenbauer is not the only former chancellor with close ties to Russia.

Former German Chancellor Gerhard Schröder came under heavy fire after leaving office in 2005 for what some observers saw as overly close ties to Russia, including to Russian President Vladimir Putin, who Schröder once called a "flawless democrat."

After leaving office, Schröder took up a high-level position at Nord Stream on the recommendation of Russian state-owned energy giant Gazprom. In 2017, Schröder took a seat on the board of Russian energy company Rosneft, which was facing EU sanctions over Russia's annexation of Crimea in early 2014.

Yanukovych's government was ousted in 2014 after months of street protests that erupted when his government chose not to sign an association agreement with the European Union and instead sought closer ties to Russia. Following the Maidan protests, which were named after the square in Kyiv where they took place, Yanukovych fled Ukraine to take up exile in Russia as details of corruption in his government became public.

Mueller, who is leading a separate investigation into alleged Russian meddling in the 2016 presidential election, has charged Manafort with working for a foreign government without first registering the affiliation with the US government.

Another Trump aide bites the dust

The latest indictment against Manafort came after Trump's former deputy campaign manager Rick Gates pleaded guilty to conspiracy against the United States and lying to the Federal Bureau of Investigation (FBI). 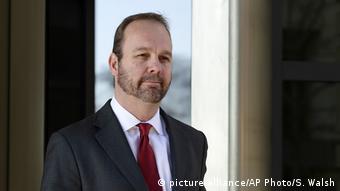 On Thursday, a federal grand jury in Virginia returned an indictment against both men that accused them of tax evasion and bank fraud. Manafort and Gates had been initially charged with failing to register foreign lobbying activities and money laundering in October. 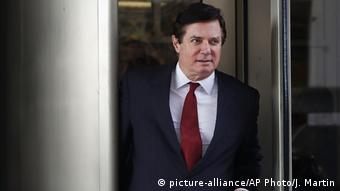 Manafort has maintained his innocence

Manafort on Friday continued to resist entering any plea deal with Mueller. "Notwithstanding that Rick Gates pled today, I continue to maintain my innocence," he said in a statement.

"I had hoped and expected my business colleague would have had the strength to continue the battle to prove our innocence," he said, referring to Gates, before adding: "This does not alter my commitment to defend myself against the untrue piled up charges contained in the indictments against me."