The EU has announced more than €180 million will be dedicated to stopping terrorist attacks by smaller, less complex cells. After a series of attacks around Europe, the bloc is aiming to make public spaces safer. 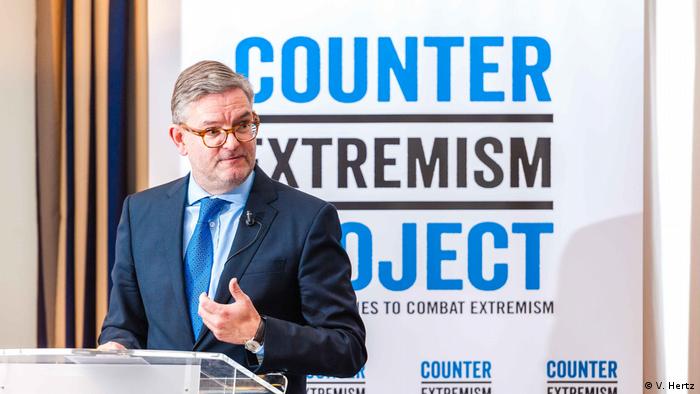 As Belgium commemorated victims of terrorism, so many of those on its own soil after the "Islamic State"-linked bombings of 2016, in a Brussels wreath-laying ceremony on Wednesday, the European Union announced its latest plan to prevent more such murders.

A day after Raqqa was taken back from IS fighters, European Security Commissioner Julian King said the terror group's loss of territory in the Middle East doesn't mean it will weaken its grip on other battlegrounds: namely, the internet and Europe. "I think we have to face up the fact that we're not going to be able to stop terrorist attacks - we can't deliver zero risk," he told a conference on counter-terrorism in Brussels. "But what we can do is make it harder and harder for those who are seeking to cause us harm by closing down the space in which they seek to operate, by closing down loopholes they seek to exploit, whether that's in terms of limiting their movements, limiting their means, limiting their funding."

Noting the trend toward what he called "low-tech terrorism" like the murders with cars and knives that have recently claimed victims in Nice, London, Munich and Barcelona, King announced a new allocation of €18.5 million ($21.8 million) this year, to rise to 100 million next year, to help governments from the federal down to local level figure out and finance the best means of protecting public areas. That could mean something as simple as erecting concrete barricades.

"We believe we can make public spaces less vulnerable without completely changing their nature as fundamentally open spaces where we gather to live our lives," King said.

King also announced new short-term measures ranging from preventing the possession of the homemade explosive TATP, which was used in Paris and Brussels, to helping law enforcement deal with encryption in criminal investigations and improving the tracking of terrorist financing.

Matthew Levitt, an expert on terrorist funding streams in both the US and in Europe, says this trend toward more homegrown, less complex attacks will make it more difficult to track potential attackers' financing. Lone offenders or small terrorist cells won't require as much money, making it less likely they'll use electronic transfers that might raise alarms, he told DW. "The person who's going to take money out of his or her bank account and go buy a kitchen knife or rent a car is going be much harder to identify through financial means," Levitt explained.

He says it won't, however, be impossible. "It's never the case that we're only looking through one toolkit such as finance," he said. "Hopefully they'll be engaged in some other type of suspicious activity that will key us in and then we'll look among other things at their financial trails, maybe see that they took what was for them a large withdrawal out of their account or something else. There are lots different ways to look at these tripwires: communications, travel, finance and things that are out of the ordinary for somebody."

Levitt reminds that the best indications of potential terrorist activity still comes from human sources, from officials and law enforcement having connections to communities.

That's where another analyst, Roberta Bonazzi of the European Foundation for Democracy, feels the EU is still underutilizing that key basic counter-terrorism technique. "Additional emphasis needs to be placed on prevention of radicalization," Bonazzi explained to DW. "Within that context it is critical that the EU institutions and member states engage with civil society organizations that unequivocally support liberal democratic values and share the same world view of democracies." The European Commission set up a "High-Level Expert Group on Radicalization" only this past July. King says the EC is considering whether to establish an EU center for prevention.

US lagging in online prevention

At the same conference on countering violent extremism where King spoke, former US Ambassador to Morocco Marc Ginsberg, now with the Countering Extremism Project (CEP), credits the EU with already being tougher on internet terrorism than US authorities are, due to the threat of fines being imposed on internet services. In Germany, for example, companies face a fine of up to 50 million euros if terrorist content is not taken down within 24 hours of being flagged. 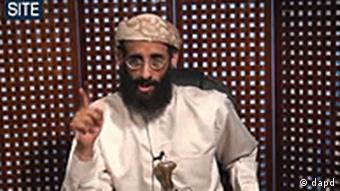 Al-Awlaki, an American citizen, was killed by a US drone strike in 2011

"YouTube has 84,000 uploaded videos of [the late senior Al Qaeda operative] Anwar al-Awlaki," Ginsberg told DW. "Not all those 84,000 are directly inciting terrorism, but there's about a thousand that are and that's what's really bothers me."

King said the EU will do more in this regard as well, having warned internet platforms that if they don't voluntarily remove content, he'll push for mandatory fines EU-wide.

The problem is, King told the conference, that while tens of thousands of pieces of extremist material have been removed, hundreds of thousands are posted. Technology moves fast, but terrorists move faster.