EU interior ministers have agreed new measures to tighten gun controls. The decision comes in the wake of the deadly attacks in Paris and Brussels, but doesn't please all, hunters included. 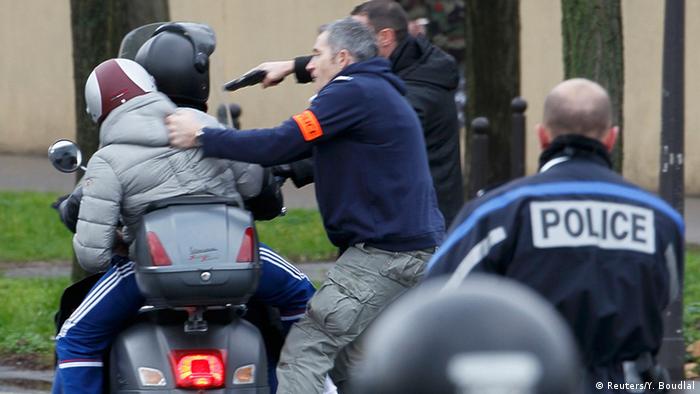 The measures - which revise existing EU firearms legislation - include stricter rules on buying and owning automatic weapons, steps to stop deactivated guns being put back into circulation, and improved tracing of trafficked weapons.

They set minimum standards for member nations to respect, but do not stop them from putting tougher laws into place.

A reaction to terror

The European Commission proposed the measures days after attackers armed with Kalashnikov rifles and explosive vests killed 130 people in Paris in November. It originally proposed a complete ban on civilian possession of semi-automatic firearms capable of firing high numbers of rounds.

After the attack on the Charlie Hebdo magazine in January 2015 by men armed with Kalashnikov rifles bought in central Europe, France started to push for a crackdown and redoubled its efforts after the attacks in Paris on November 13.

Dutch Justice Minister Ard van der Steur, whose country holds the EU's rotating presidency, said on Friday that the result will mean that "the risk of legal firearms finding their way to the illegal market is reduced."

"We have set standards, and there will now be no more weapons that can be traded without being registered," according to Emily Haber, secretary of state in Germany's Interior Ministry.

Once ministers have agreed on their approach, the proposal must be negotiated with the European Parliament before it can become law.

The ministers are also expected Friday to approve a roadmap aimed at improving the exchange of information between law enforcement and intelligence services across Europe.

Paris attacks: How to deal with national trauma

With police having identified more than 100 of those who died in the Paris attacks, residents are trying to cope with the difficult sights, the grief and the fears. How can individual citizens heal national wounds? (15.11.2015)