The acquittal of a murder charge against former Egyptian President Hosni Mubarak is to be appealed by the country's public prosecutor. He had been on trial for the murder of some 800 protesters during the 2011 uprising. 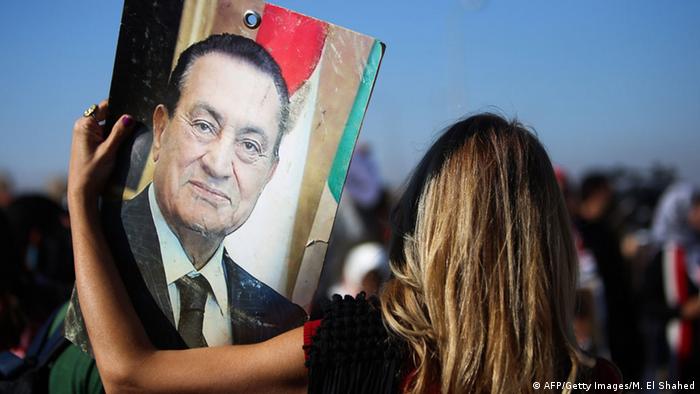 Egypt's public prosecutor said on Tuesday that it would appeal Saturday's court ruling that dropped a murder charge against former President Hosni Mubarak, over the deaths of protesters during the country's 2011 uprising.

"The ruling was marred by a legal flaw," the prosecutor's office said in a statement, adding that its decision to appeal the judgment was "not influenced by disputes among political groups."

On Saturday, seven of Mubarak's security commanders - including feared ex-Interior Minister Habib al-Adly - were also acquitted over the deaths of some 800 protesters in a 2011 revolt which ended Mubarak's three-decade-long rule.

In 2012, both Mubarak and al-Adly were convicted for failing to prevent the deaths, but the verdict was later overturned on appeal and a retrial was ordered. Mubarak is already serving a three-year sentence on separate embezzlement charges in a case that also saw his two sons put behind bars for four years.

Following Mubarak's accquital on Saturday, some 2,000 people protested on Cairo's Tahrir Square in Egypt's capital. "The people want to bring down the regime!" those gathered shouted, using one of the slogans that was often heard during the 18-day, anti-Mubarak uprising.

Police intervened in the evening on Saturday, firing water cannon and tear gas and driving protesters into side streets, after supporters of the banned Muslim Brotherhood joined the protest. Since Mubarak's successor Mohammed Morsi was removed from power in July 2013, the Egyptian police have waged a crackdown on his Muslim Brotherhood followers, in which at least 1,400 peole have died.

Commentary: no rule of law in Egypt

A Cairo court has dismissed the case against former Egyptian president Hosni Mubarak. The reasons for this are obvious, writes DW's Rainer Sollich. (29.11.2014)