Despite fifth murder, Honduran activists struggle to be heard | Environment | All topics from climate change to conservation | DW | 18.03.2016

Again, a Honduran environmental activist was recently murdered - another name on a long list. But only after the death of high-profile activist Berta Caceres has the struggle gained international attention. 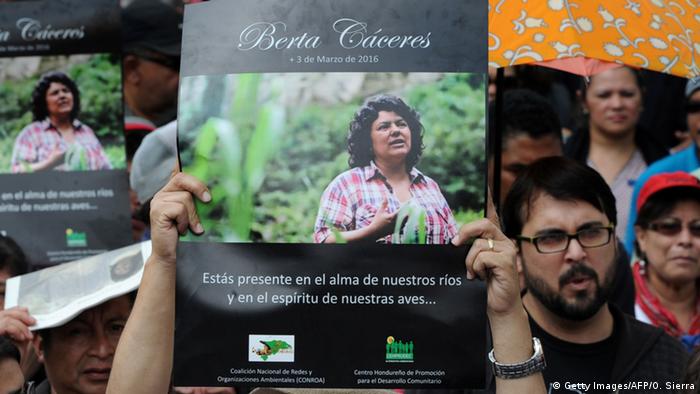 Another indigenous member of Berta Cáceres' organization has been shot dead in Honduras, less than two weeks after her murder. The indigenous group COPINH fears for the safety of its members and their families.

Nelson García was killed on Tuesday, March 15, by unidentified gunmen when arriving at his family home in Río Chiquito.

According to COPINH, he had spent the morning helping indigenous families after an eviction carried out by Honduran security forces related to a land dispute between the Lenca community and the Honduran government.

After Cáceres' murder, the non-governmental organization Global Witness issued a press release highlighting the previous murder of three of her colleagues for resisting the Agua Zarca hydroelectric project.

With the latest murder, this number has increased to five. COPINH said that more than 10 of its members have been murdered for fighting for indigenous land rights.

However, it seems that only the death of the high-profile activist Berta Cáceres has been enough to attract international media attention.

At the time Berta Cáceres was awarded theGoldman Environmental Prize for her activism in 2015, she had already reported threats of kidnapping, sexual assault and death against her and her relatives. 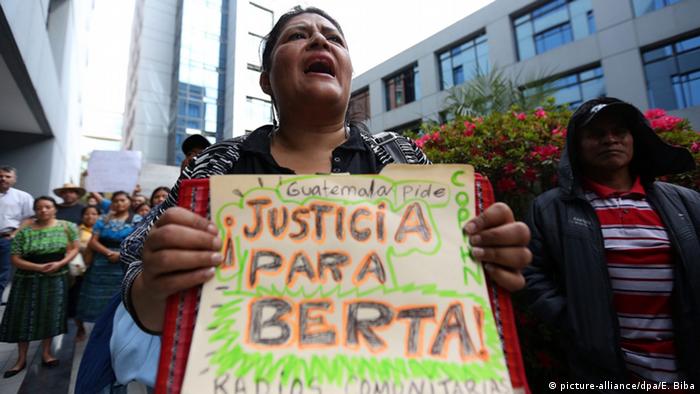 COPINH has been denouncing the violence against them for years. "Today's attack is just part of the large number of threats, attacks, killings, and intimidation and criminalization directed against COPINH," the organization said after the recent murder of García.

But despite the group's constant public statements, it feels that before Cáceres' death, it was ignored. "Effective protection measures were never adopted, nor the crimes investigated," COPINH wrote on its website.

"There was no political will to listen the voice of the Lenca people."

Through the murder of Cáceres, the Lenca people finally received some global attention, and they are now asking for international support to put pressure on the Honduran government and guarantee their security.

Kate Geary, an Oxfam land rights policy expert, lamented how global interest in the topic has only risen after the leader's murder - the group has been supporting COPINH since 2013.

"It shouldn't be that people have to die to draw international attention, when there were already so many warning about human rights risks there," Geary told DW.

Dutch development bank FMO and the FinnFund - both investors on the Agua Zarca dam - have already suspended their activities in Honduras. "This means that we will not engage in new projects or commitments, and that no disbursements will be made, including the Agua Zarca project," the FMO said in a press release.

But for Geary, this is by no means a final success. "The ones involved in the project should be sending a message that it's time for the project to stop," she said.

"Suspension is not enough."

Slovenia is a country of high mountains and fast-flowing rivers - ideal for generating hydroelectricity. But environmentalists are protesting planned dams and questioning whether laws are being broken. (07.12.2015)

A dam project in Panama long under protest has become the focus of international criticism. Supporters emphasize the benefits of green energy, while critics warn of destruction of communities and the natural world. (13.07.2015)