In his first public statements since securing a Conservative victory, Prime Minister Cameron has reaffirmed his vow to re-examine EU membership. The PM also promised devolution to Scotland, Wales and Northern Ireland. 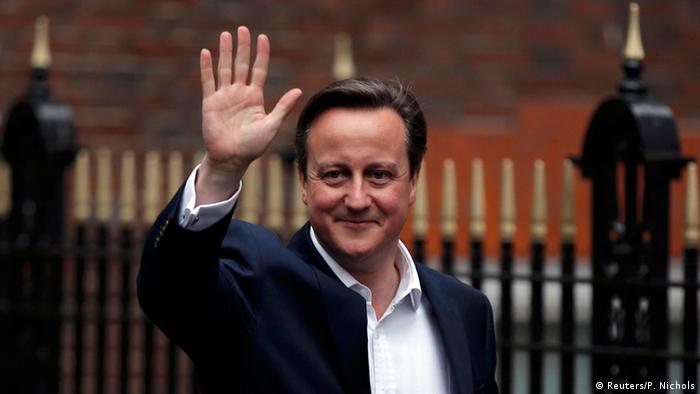 David Cameron used the first speech since his Conservative Party emerged victorious in the UK general election to reiterate his promise to hold a referendum on Britain's EU membership and focus on his party's "manifesto for working people," highlighting social issues in contrast to negative stereotypes of his party as pro-business and out of touch with the working class.

After the traditional meeting with the Queen, David Cameron and his wife Samantha returned to their residence at Downing Street, where Cameron took the opportunity to thank his former Deputy Prime Minister Nick Clegg and his Liberal Democrats for the "success" of their five-year coalition, which had "laid the foundations for a better future."

Cameron was happy to note, however, that he now planned to lead a majority Conservative government, and that he considered it "a more accountable" form of administration, in contrast to a coalition.

Labour fails to live up to expectations

While the Conservatives won 331 of 650 seats, a clear mandate for the next five years, the Liberal Democrats lost 48 of the 57 seats they had won in 2010, causing Nick Clegg to resign his party's leadership. The Conservatives' main rival, Labour, failed to present the challenge analysts had expected, winning only 230 seats after being routed by the SNP in Scotland, which won 56 of the 59 Scottish constituencies.

The heavy loss also prompted the resignation of Labour leader Ed Miliband, who gave a brief statement to the press outside Labour headquarters in London: "Britain needs a Labour Party that can rebuild after this defeat so we can have a government that stands up for working people again…so I'm tendering my resignation." 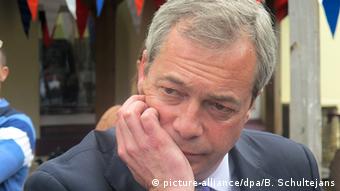 Rethinking Britain in the EU

In his own speech, Cameron reaffirmed the promise he made during the run-up to last year's Scottish independence referendum to devolve even more power to Wales, Scotland and Northern Ireland "as fast as I can," including "important powers over taxation" for the Scots.

The other policy matters he mentioned were access to child care, tax cuts, and apprenticeships in order to increase social mobility.

The prime minister also briefly touched on his party's earlier promise to "deliver that in-out referendum on our future in Europe."

European Council President Donald Tusk, the former center-right Polish Prime Minister, responded to Cameron's comments by reminding Downing Street that he counted on them to make "the case for the United Kingdom's continued membership of the European Union."

"I'm deeply convinced that there is no better life outside the European Union, for any country. A better EU is in the interest not only of Britain but of every member state," Tusk concluded.