If its constitutional crisis continues much longer, Poland risks lawsuits in the European Court of Human Rights. With this in mind, the Council of Europe Secretary General has urged Polish lawmakers to end the crisis. 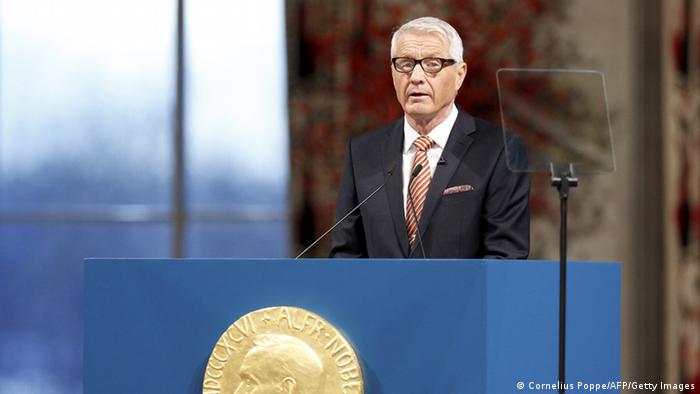 Thorbjoern Jagland said he was concerned that the European Court of Human Rights may soon have to start receiving complaints from individuals in Poland that the country's constitutional tribunal would normally hear, but - because it is unable to sit for political reasons - would have to go to the Strasburg-based court instead.

"And it is unprepared to handle them," he said.

"This could be problematic because the court, based in Strasbourg, is already overburdened," he added.

Jagland called on Poland's parliament to resolve the crisis, which he said has paralyzed the constitutional court and hurt the rule of law.

Who will blink first?

The ruling Law and Justice (PiS) amended the law on how the Constitutional Tribunal functions in late 2015, which triggered a stand-off between the government and opposition after the government refused to recognize three judges chosen by the previous government. Instead, it chose its own candidates, who were sworn in by President Andrzej Duda and they have yet to be allowed by the tribunal to take up their positions.

The European Commission and the Council of Europe's Venice Commission have both launched international investigations into the state of Polish democracy.

In mid-March, the human rights panel blasted the Polish government for its attempted overhaul of the country's top court.

The Venice Commission, an advisory panel for the Council of Europe, said that recent measures enacted by Warsaw endangered the country's democracy while adding that actions taken by the previous government were also unconstitutional.

Amendments to the constitution by PiS have crippled the country's top court, the panel found. The changes to the law, which were approved by the country's parliament in December, impacted the order in which court cases were heard and also required a two-thirds majority for a ruling to be considered valid. Prior to the new laws being implemented, a simple majority was sufficient.

Warsaw has said it will ignore the decision. PiS has also argued that the previous government, Civic Platform, stacked institutional bodies with its members in order to maintain influence even after the new government took power.

In January, the European Commission launched a probe into policy changes in Poland, the first time such a move has been initiated by the EU against a member state. 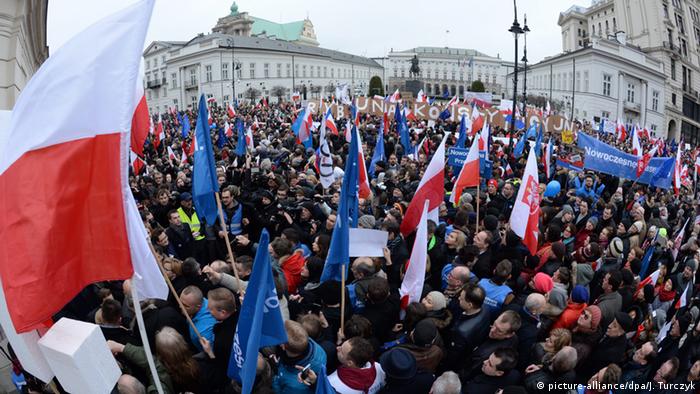 People take part in a demonstration organised by Modern, the Polish liberal political party (Nowoczesna) in front of the Constitutional Tribunal (TK) in Warsaw, Poland, 12 March 2016

Although the chances of Poland losing its EU voting rights are negligible, many feel the conflict is weakening Poland's international position at a time when foreign investors are uneasy, and Warsaw is seeking support to strengthen NATO's troop presence in Central Europe, the main topic of NATO's July summit in Warsaw.

The EU's executive body has urged Poland to postpone a new law that critics say threatens the rule of law. The law is controversial for instituting longer waiting periods and a higher bar for stopping legislation. (24.12.2015)