China has detailed its plans to build floating nuclear plants amid Beijing's drive to double its atomic energy capacity by the end of this decade. The buoyant power stations will be a first once completed in 2020. 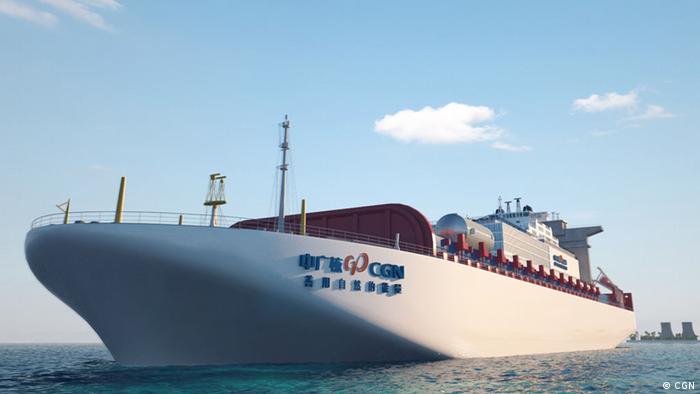 The chairman of the China Atomic Energy Authority, Xu Dazhe, said the marine stations would be needed to exploit the oceans.

"China is devoted to becoming a maritime power, and so we will definitely make full use of ocean resources," Xu told reporters in Beijing.

The offshore power plants are meant to provide energy for offshore oil and gas drilling platforms as well as to island development projects.

Not just floating an idea

While nuclear power at sea has been used inside aircraft carriers and missile submarines, using atomic power at sea for civilian purposes would be unprecedented, although a similar Russian project is reportedly also underway.

According to government data, China currently has 30 nuclear reactors in operation with a combined capacity of 28.3 gigawatts. Another 24 reactors are under construction to generate another 26.7 gigawatts.

The world's second-largest economy had suspended approvals for new nuclear plants after the 2011 Fukushima disaster in Japan. But it resumed approvals a year later, giving the green light to eight new reactors last year alone.

No details were given Wednesday as to what precautions Chinese authorities were prepared to take to safeguard the floating stations against potential terrorist attacks.