Relatives of the missing Chibok schoolgirls will hold a youth march and candle-lit vigil in the Nigerian capital Abuja on Thursday, seeking to keep alive hopes of being reunited with their loved ones. 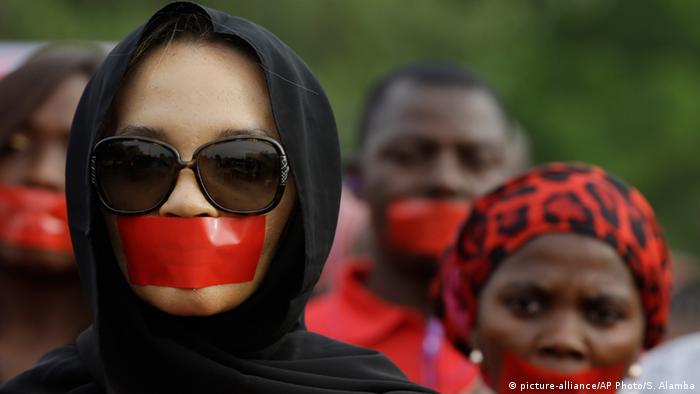 Aisha Yesufu is the chairwoman of the strategic committee of the Bring Back Our Girls campaign in Abuja.

"We keep on hoping that the girls will be found. We will keep up the fight, there will be no retreat, no surrender on the Chibok girls until each one of them is accounted for," she told DW.

Activists have organized numerous events this week to mark the 500 days of the disappearance of the more than 200 girls. They included Muslim and Christian prayer services, a tree planting ceremony and a march through Abuja.

The ordeal began when Boko Haram fighters stormed the Government Secondary School in the remote town of Chibok in Borno State on April 14, 2014. 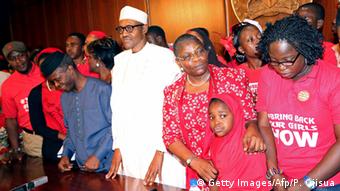 The insurgents seized 276 girls who were preparing for exams. 57 escaped but nothing has been heard of the remaining 219 since May 2014 when about 100 of them appeared in a Boko Haram video dressed in Muslim attire and reciting the Koran.

The mass abduction brought the brutality of the Islamist insurgency unprecedented global attention. #BringBackOurGirls demanded their release and went viral on social media, attracting support from US First Lady Michelle Obama and many others.

The Nigerian military has said it knows where the girls are but has ruled out a rescue effort because it would put the girls' lives in jeopardy.

Wolfgang Bauer, investigative reporter with the German weekly Die Zeit, interviewed a number of women who said they had met some of the Chibok girls in Borno State's Sambisa forest. 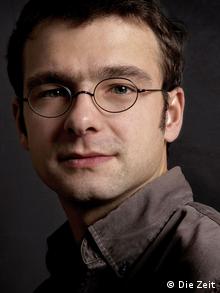 Bauer told DW he had the impression that some of the captive Chibok girls were now being forced to serve the Boko Haram leadership as a sort of 'palace guard.'

Several of them served one of the wives - probably the favorite wife - of Boko Haram leader Abubakar Shekau. Bauer also said he had heard that the girls were charged with the indoctrination of new kidnap victims into Islam and that they physically abused the new arrivals, but were themselves under surveillance and were hardly acting out of their volition.

"A Chibok girl seems to have become status symbol for Boko Haram commanders who own one because the kidnapping of the girls generated so much global publicity," Bauer said.

The girls' kidnapping continues to draw condemnation from world leaders. UN Secretary General Ban Ki-moon, said during a visit to Nigeria earlier this week that the abductions were "intolerable" and made a renewed call for their release.

Activists campaigning for the girls' release are pinning their hopes on newly elected President Muhammadu Buhari who said in May that Nigeria "could not have claimed to have defeated Boko Haram without rescuing the Chibok girls and all other innocent persons held hostage by the insurgents." 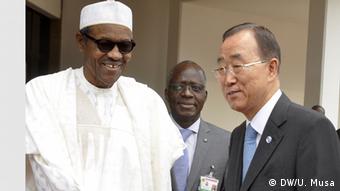 Nigerians DW spoke to on the streets of Abuja were mixed in their reactions to the unresolved abduction crisis. "It is too early to judge whether the present administration is working on this," one said. "I believe Buhari can do something if he wants, but since he is new, he can do something, so let him help us," said another.

Obi Ezekwesili, leader of Bring Back Our Girls campaign, believes more effort needs to go into the search for the girls.

"These girls must be found, these girls are somewhere on this planet, they didn't become vapor and disappear" she said.

Uwais Idris in Abuja contributed to this report

The 'Bring Back Our Girls' campaigners have asked Nigeria’s President Muhammadu Buhari to ensure that the missing girls are rescued from Boko Haram. (10.07.2015)

Nigeria has moved 275 women and children to a relief camp days after a rescue from Boko Haram's stronghold, according to a state-run emergency agency. Several prisoners were killed by militants during the rescue. (03.05.2015)

Nigeria troops have freed 234 more women and children from the Boko Haram stronghold in the Sambisa forest. The army operation is aiming to recover more kidnap victims. (02.05.2015)