Belgian politicians and animal rights activists have slammed the gassing of 20,000 chicks at Brussels Airport. The animals were meant to be flown to Kinshasa. Airport firefighters refused to take part in the killing. 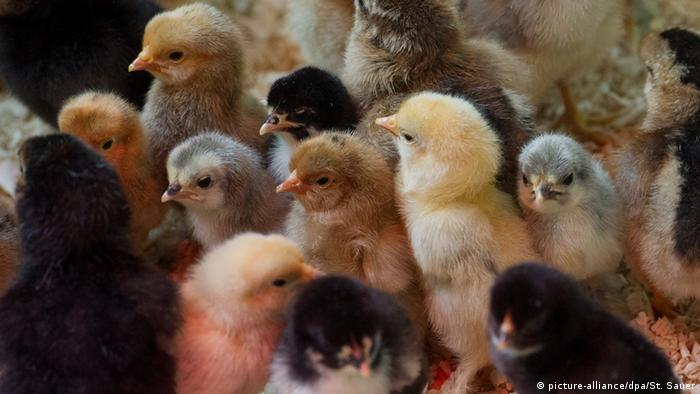 About 20,000 chicks were killed off to end their suffering after their flight from Brussels to Kinshasa was delayed, leaving the transport container on the tarmac over an unusually hot weekend.

A Belgium exporter intended to ship out the chicks to the Democratic Republic of Congo in a freight plane on Saturday. However, the plane could not take off on time due to technical reasons. On Sunday, according to Belgian newspaper Het Nieuwsblad, the pilot refused to take off. The reasons for his refusal were not immediately clear.

"They had no water and no food," said Brigitte Borgmans, the spokeswoman for Dierenwelzijn Vlaanderen, the agency in charge of animal welfare in Belgium's Flemish region.

"On Sunday evening, a number of chicks were already dead, so we suggested the exporter to take back the container, but they refused," she said. "We sent a veterinarian to the scene and he decided to euthanize the animals in order to shorten their suffering."

However, the airport's firefighting brigade refused to comply.

"If we do something, it is to save lives, not to end them," it said.

Eventually, the local firefighters from the nearby town of Zaventem agreed to cull the chicks by sealing the container and pumping carbon dioxide into it.

The story quickly gained traction in the Belgian media and, by Tuesday, lawmakers and activists were expressing their outrage over the incident.

"Absurdistan," wrote Green party lawmaker Bart Caron. "The exporter must be held accountable, maybe the airport as well." Another lawmaker, Hermes Sanctorum, slammed the decision to send animals as if they were Amazon shipments. "We have gone so far that killing is the most animal-friendly solution during transport."

In turn, a lawmaker from the Flemish nationalist N-VA party, Jelle Engelbosch, said the decision to gas the chicks was "necessary and urgent."

"It was a small but beautiful act of resistance," he said.