The Great Barrier Reef, the center of multi-billion dollar tourism industry, has lost more than half its coral cover in the past 27 years. Experts say storms, starfish and bleaching linked to climate change are to blame. 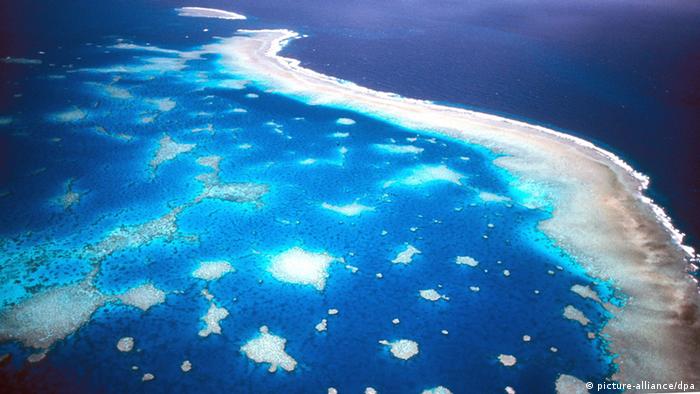 The research by scientists from the Australian Institute of Marine Sciences (AIMS) and the University of Wollongong warned that coral cover on the heritage-listed reef could halve again by 2022 if trends continued.

Intense tropical cyclones, 34 in total since 1985, were responsible for much of the damage, accounting for 48 percent, with outbreaks of the coral-feeding crown-of-thorns starfish linked to 42 percent.

Two severe coral bleaching events in 1998 and 2002 due to ocean warming also had "major detrimental impacts" on the central and northern parts of the reef, the study found.

Two-thirds of the loss had occurred since 1998, with the rate of decline increasing substantially. Only three of the 214 individual reefs surveyed across the sprawling 345,000 square kilometer site escaped signs of impact.

"This loss of over half of initial cover is of great concern, signifying habitat loss for the tens of thousands of species associated with tropical coral reefs," the study said.

Author Hugh Sweatman said the findings, which were drawn from the world's largest ever reef monitoring project involving 2,258 surveys over 27 years, showed that coral could recover from such trauma.

"But recovery takes 10-20 years. At present, the intervals between the disturbances are generally too short for full recovery and that's causing the long-term losses," Sweatman said.

AIMS chief John Gunn said it was difficult to stop the storms and bleaching but researchers could focus their short-term efforts on the large, poisonous and spiny starfish, which feasts on coral polyps and can devastate reef cover.

The study said improving water quality was key to controlling starfish outbreaks, with increased agricultural run-off such as fertilizer along the reef coast causing algal blooms that starfish larvae feed on.

"We can't stop the storms but perhaps we can stop the starfish," said Gunn. "If we can, then the reef will have more opportunity to adapt to the challenges of rising sea temperatures and ocean acidification."

UNESCO warned it was considering listing the reef as a heritage site in danger earlier this year due to the unprecedented gas and coal mining boom in northern Australia and increasing coastal development.

With its latest webdoc, DW invites children young and old to explore the underwater world in the South Pacific with Namati – a young coral off the coast of Vanuatu.