A 9.7-million-year-old discovery has left a team of German scientists scratching their heads. The teeth seem to belong to a species only known to have appeared in Africa several million years later. 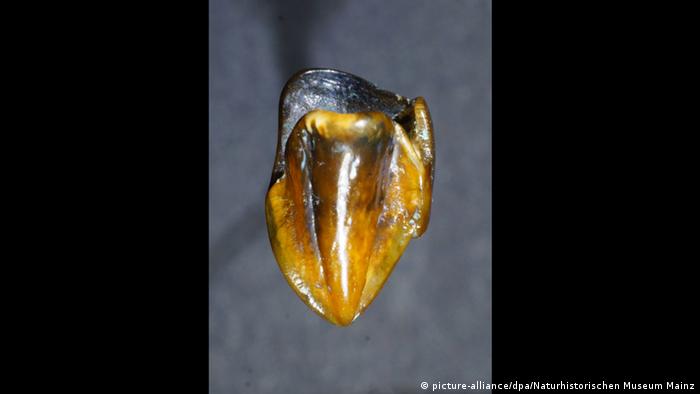 A team of German archaeologists discovered a puzzling set of teeth in the former riverbed of the Rhine, the Museum of Natural History in Mainz announced on Wednesday.

The teeth don't appear to belong to any species discovered in Europe or Asia. They most closely resemble those belonging to the early hominin skeletons of Lucy (Australopithecus afarensis) and Ardi (Ardipithecus ramidus), famously discovered in Ethiopia.

But these new teeth, found in the western German town of Eppelsheim near Mainz, are at least 4 million years older than the African skeletons, which has scientists so puzzled they held off publishing for a year.

A specialist team will be carrying out further tests on the teeth. 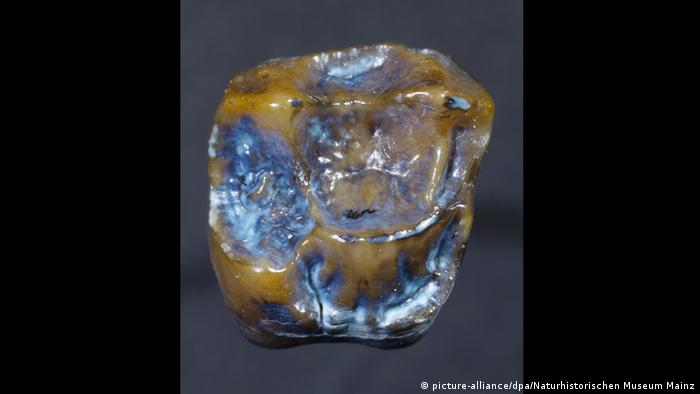 The teeth are similar to the famous skeletons of Lucy and Ardi, but predate them by several million years

"They are clearly ape-teeth," head of the team Herbert Lutz was quoted as saying by local online news outlet Merkurist (link in German) . "Their characteristics resemble African finds that are four to five million years younger than the fossils excavated in Eppelsheim. This is a tremendous stroke of luck, but also a great mystery."

In the press conference announcing the find, Mainz Mayor Michael Ebling claimed the find would force scientists to reconsider the history of early mankind.

"I don't want to over-dramatize it, but I would hypothesize that we shall have to start rewriting the history of mankind after today," Ebling was quoted as saying.

Regional archaeologist in the state of Rhineland-Palatinate Axel von Berg told news outlets that he was sure the the finds would receive a lot of attention. "This will amaze experts," he told a daily for the Rhine and Main river regions, Allgemeine Zeitung (link in German) . 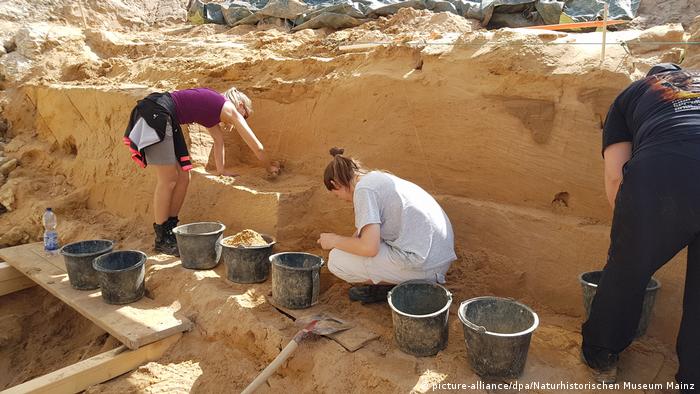 The first paper on the find will be uploaded to Researchgate in a week's time. The teeth are still being examined in detail, but from the end of October they will be displayed at the Rhineland-Palatinate state exhibition "vorZEITEN" (link in German), after which they will go on display at the Museum of Natural History in Mainz, according to Die Welt (link in German).

The teeth were found by scientists sifting through gravel and sand in the bed of the Ur-Rhine, the former course of the river Rhine. The area has been a hotbed of fossil remains since 1820, when the first ape fossils were found.  Since 2001, 25 new species have been discovered.

The teeth were found next to the remains of an extinct genus of horse, which helped them date the teeth.