The announcement came at an international conference to mark the 2,400th anniversary of the thinker's birth. While he has no physical proof, the scientist said he had "strong indications" he had found Aristotle's grave. 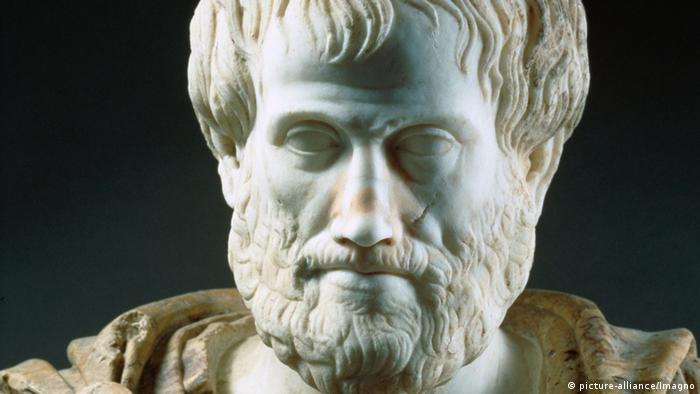 A Greek archaeologist said on Thursday that he believes he may have found the grave of classical philosopher Aristotle. At a conference in Thessaloniki on the influential thinker, Konstantinos Sismanidis said he had uncovered "strong indications" that his find was indeed Aristotle's tomb.

Sismanidis admitted that he had "no proof" as of yet, he had strong circumstantial evidence. While excavating in Aristotle's hometown, the ancient city of Stagira, the archaeologist said he and his team had discovered a structure honoring the philosopher.

No human remains were found, but Sismanidis cited historical sources naming Aristotle's final resting place as the same as that of his birth. According to tradition, the citizens of Stagira brought his ashes home after his death in Euboea in 322 BC.

Aristotle was a student of Plato and tutor to the ancient king Alexander the Great. He wrote on all manner of topics from physics and zoology to logic, rhetoric and linguistics. His influence has continued throughout the centuries, influencing other famous thinkers like Friedrich Nietzsche and Martin Heidegger.

The Thessaloniki conference was called to mark the 2,400th anniversary of the philosopher's birth in 384 BC.

While working to expand the city's underground, Roman builders discovered ancient barracks blocking their path. It was the latest in a series of stoppages that have plagued the project. (17.05.2016)