A new generation of Greek terrorists | Europe | News and current affairs from around the continent | DW | 21.03.2017

A new generation of Greek terrorists

The Greek terror group "Conspiracy of Fire Cells" has been sending explosive greetings via post. After letter bombs in Paris, Berlin and now Athens, DW spoke with a security expert to find out what makes the group tick. 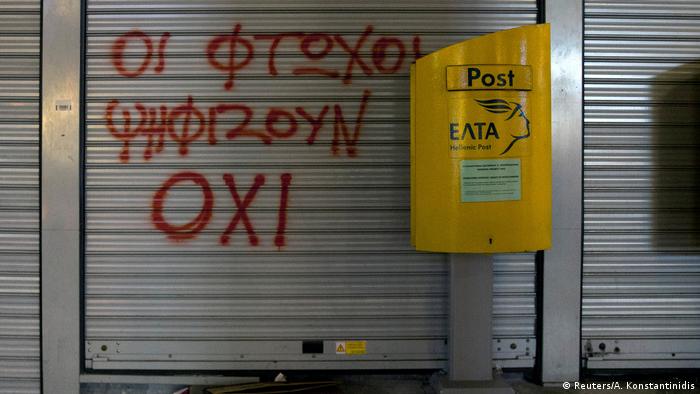 Late Monday night security experts from Greece's Hellenic Police neutralized eight explosive packages and sent them to a forensics lab for further analysis. The Greek television station SKAI quoted authorities as having said that the task of finding fingerprints and DNA will take time.

Authorities also confirmed that the packages were of the "same type" as two letter bombs recently mailed abroad: One was intercepted and destroyed in the mailroom of Germany's Ministry of Finance in Berlin last Wednesday, and the other one exploded at the International Monetary Fund (IMF) in Paris on Thursday, injuring a staff member. The Greek terror organization "Conspiracy of Fire Cells," which has made headlines with arson and bomb attacks since 2008, claimed responsibility for the parcel bombs.

The group had been considered defunct after 60 accused members and sympathizers were arrested over the last few years. However, as of late, violent acts carried out in the group's name have become more frequent.

Part of the 'Nemesis Plan'

In October 2016 the group placed a bomb in front of a judge's house, declaring the action the beginning of its "Nemesis Plan," which takes its name from the goddess of revenge in ancient Greek mythology. On Thursday, the group said the parcel bomb sent to the Ministry of Finance was part of "the second act of the Nemesis Plan." The underground group likely has more plans for similar attacks.

"We should wait for a letter claiming responsibility in order to gain more information about the group's approach and more about its potential targets," said Mary Bossi, a professor of international security at the University of Piraeus.

Greece is now the home of a new generation of violent terrorists emboldened by the desperation experienced by so many Greeks during the financial crisis. The movement is markedly different from the far-left terror group "Revolutionary Organization 17 November," which killed 23 people in Greece between 1975 and 2000 before being dismantled in 2001.

"Targeted persons at the time belonged to the so-called ruling class. But now underground organizations maintain that everyday citizens are also complicit – because they vote, sympathize with the state, do not agitate, and do not protest," terror expert Mary Bossi told DW. 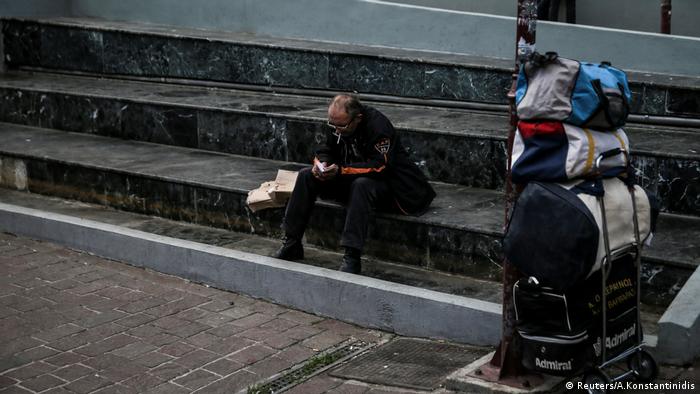 Many Greeks face a daily struggle to make ends meet - terrorists profit from the despair of the people, says Bossi

Bossi is critical of the fact that many media outlets in Greece and abroad label the underground groups currently operating in Greece as "far-left extremists."

"These groups no longer have anything to do with Marxism-Leninism; in fact they have expressly distanced themselves from leftist ideology. Now they swear allegiance to anarchism."

However, she noted it is difficult to find any actual influences from anarchist theorists.

"Previous claims of responsibility exhibit rather superficial knowledge of such theories, suggesting that perpetrators do not really understand the ideological basis of anarchism, preferring populism instead. Ultimately anarchism has no roots in Greece, in contrast to Germany or France."

The terrorism expert points out that Greece's so-called "urban guerrillas" – to which the "Fire Cells" group belongs – are in close contact with like-minded groups in Europe, Russia and Latin America. But it is unclear whether the group received technical know-how from sympathizers abroad in the recent attacks. Bossi suspects that clues may eventually be found in upcoming letters claiming responsibility.  The "Fire Cells" extended "cooperative greetings" to Chile in a statement issued Thursday, after the foiled Berlin attack.

Politicians in an awkward spot

Greece's Civil Protection Minister Nikos Toskas attempted to downplay the Berlin incident in his initial reaction. In a TV interview, he explained that there was very little explosive material in the package. He said that was why Greek authorities had failed to detect the package when it was sent, adding that this was also the reason that neither German nor French authorities had recognized the threat when the packages arrived.

It seems almost ridiculous that the sender listed on the Berlin package was none other than conservative Greek politician Adonis Georgiadis. A former health minister and a seller of patriotic books, he himself has often been the target of extremist attacks. His bookshop in north Athens has been repeatedly damaged by unidentified attackers, likely because of his earlier ties to the far-right populist scene. Ultimately, even Athens' ruling far-left Syriza party condemned the obvious misuse of Georgiadis' name in the attack.